Yasuhiro Wada, the man behind the Harvest Moon franchise, gave an interview to Nintendo UK where he let slip that the item shop sim Hometown Story will come to Europe in April.

In the video interview, Wada discussed his strategy for making games moving forward and his philosophy is rather inspiring.

"We won't be making games similar to what other people are making. We want to try and make things that are really unique," Wada said after admitting he's spent a lot of time on Super Mario titles.

Unfortunately, Hometown Story - while certainly unique - was a bit too disjointed for us to recommend it without reservation.

In our review of Hometown Story, we said "you could certainly do worse" if you were looking for a casual game and we also noted that "were it a cheaper game, it'd be an easy recommendation for every 3DS owner since it's incredibly easy to pick up and put down."

Unfortunately, it's not a cheaper game and the lack of a coherent storyline, almost complete absence of tutorials, and janky camera angles make Hometown Story a game only for those willing to work with it.

If that sounds like you, and you live in Europe, you can add Hometown Story to your stable of 3DS games in April. 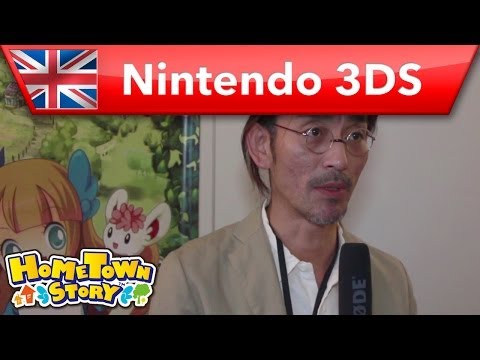 Subscribe to Pocket Gamer on
Next Up :
Legionlands, is a classic auto-battler, out now on Android in early access