Keep your eyes peeled to this one

There was an awful lot of promising games on show at this year’s GDC 2016 Big Indie Pitch from all corners of the globe, and whilst ultimately there could only be one winner, there were plenty more deserving of attention.

One of those developers definitely deserving of the title rising star, was Daylight Studios and their latest game Holy Potatoes! A Weapon Shop?!. 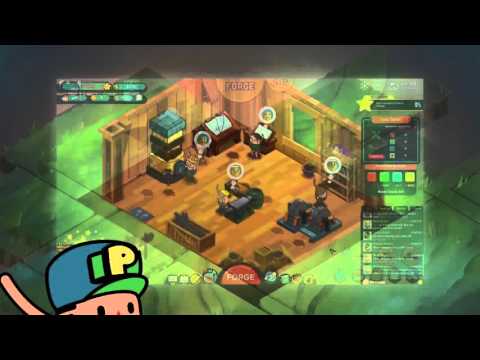 
If it wasn't already obvious from the name, Holy Potatoes! A Weapon Shop?! is a wacky comedy-infused simulation game. In this case focusing on a team of potatoes making weapons for heroes who are preparing for their suitably heroic quests.

The gameplay is primarily made up of mashing your way through various tasks, and managing your weapon shop so that it can be the best in the land.

Whilst the game starts off relatively simple, keeping a handle on your ever growing shop becomes more and more difficult as you get better at the game with more demands being chipped in.

Aside from the gameplay and the gorgeous animation, the potato pun-based comedy really provides the ap-peal. Oh and who doesn’t like a good Potato Dog?

Daylight Studios even went to the effort of bringing in legendary Castlevania composer Kimura Masahiko to create the game’s score.

Already a bonafide hit on Steam, Holy Potatoes! A Weapon Shop?! will be making its mobile bow very soon and is definitely one you’ll want to keep an eye on in 2016.

Daylight Studios was invited to the Big Indie Pitch on behalf of one of the event’s sponsors, Singaporean Game Box
Next Up :
Noah's Heart first impressions preview - "Puts the 'massive' in 'MMORPG'"

Holy Potatoes! A Weapon Shop!?! is a brilliant midcore management sim that's out now for iPhone and iPad