Hollow Knight: A few tips to take note of playing this tricky RPG

Traverse the kingdom of bugs

Hollow Knight is a vibrant, dark, and cute RPG where you control a mysterious knight that looks like a bug and is in a world full of other bug-like creatures. It's another game that is heavily inspired by the Dark Souls series, only this is features beautiful, drawn/cartoon graphics.

Since it's a Souls-like game, you know what that means. Yup, the game can be quite challenging so be prepared to bring your A-game. It's not insanely difficult, but it can certainly be difficult overall. One familiar element that you'll notice from the Souls games is how you save. Instead of using bonfires though, you simply sit on a bench, and they are scattered throughout the world.

The game is a large one and can be explored freely where you'll never know where a path will lead you to. And although it's a console game, it has the perfect design for Handheld Mode on the Nintendo Switch or Switch Lite platforms. Here are a few tips to keep in mind when diving into the world of the highly acclaimed game. 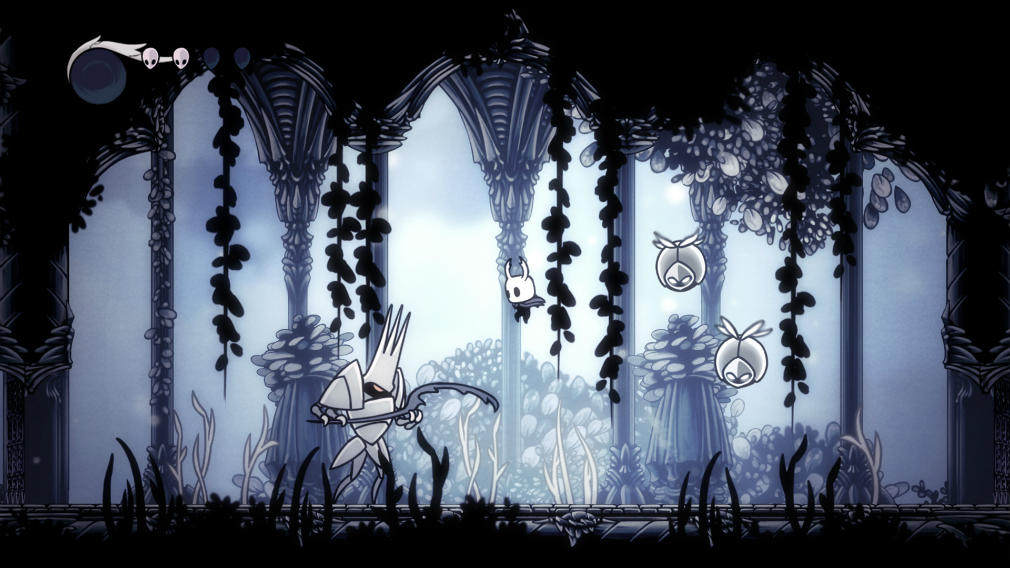 As we mentioned, Hollow Knight is essentially like an open-world. You can explore freely after you're dropped into the unique world. Danger lurks around most corners, but you still can go in either direction freely for the most part as you uncover new things and areas.

You'll meet several NPCs along the way as you hack and slash your way through enemies. Explore long enough and you'll eventually run into a boss. Boss battles can be pretty tricky so be on your guard and get ready to give it your all.

But all of the things you discover adds to Hollow Knight's mystique. You're dropped into the game without any real explanation, so you immediately become curious. Games like this, that don't walk you through a story are always a treat so be curious and have fun.

Saving the game in Hollow Knight is not as easy as just pressing the pause menu and hitting "save". You instead need to find a bench, and sit down, as we talked about. Anytime you see one, definitely have a seat and chill out until it's time to hit the road again.

If you've gained a ton of ground and found a bench, then use it. Don't skip it and wait for another one because you might regret it. Now, if you discover a point of interest, then keep your save at the bench that you feel is closest to that location.

If you find a seat, sit on it twice just to make extra sure it's saved because otherwise, you'll start over from however far back you were. Now, it may not be as big of a deal to you found no area that you were curious about before dying.

Try and Have Full Health for Boss Battles

In Hollow Knight, there are plenty of bosses in the game who would like nothing better but take out our cute but tough main character. What's funny is that there's never really any anticipation when approaching a boss room. You kind of just...show up.

Bosses don't trigger right away thankfully, and you can also back away if you aren't ready. With other Souls-likes, once you're in the room, the doorway leading to a boss is blocked off, unless you use a specialty item to return to a bonfire or other starting point.

So, since fights don't trigger right away, feel free to take the time to go back and make sure to snatch up some health. Getting lives can be super easy. You just need to kill some smaller enemies which will build a gauge that's in the shape of the characters. Pressing a button will then allow you to use some of the fuel to gain you a life.

It's good to go into these boss fights totally maxed out because you'll likely lose a couple if you're new to the Hollow Knight experience. Also, make sure you've saved at a bench nearby for easy access to the boss in case you die. Again, there's no straight line when going through bosses as they can pop up in any room you go through in any direction so be on your Ps and Qs.

0/3
Next Up :
Hay Day: How to get TNT, Shovels, Pickaxes and unlock expansions