As you may or may not already know, Square Enix Montréal assistant director Patrick Naud has been handed complete control of his studio.

With this shift in personnel has come a shift in focus for the Canada-based studio.

Instead of focusing on AAA titles for home consoles like the PlayStation 3, Square Enix Montréal will now spend the majority of its time producing smartphone and tablet games.

And as you've probably already worked out by now, Square Enix Montréal's first mobile title will be based on the company's hugely popular Hitman licence. 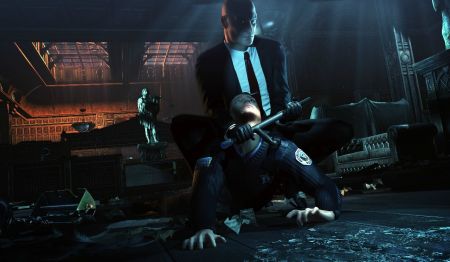 We've emailed Square Enix asking for a little more info, though, so we'll hopefully be able to fill you in pretty soon.

For those of you unfamiliar with the Hitman franchise, it's a series of third-person action titles centred on stealth-based gameplay.

You take on the role of a baldy assassin codenamed Agent 47, who - by any means necessary - proceeds to eliminate a wide variety of targets.

GamesIndustry.biz
Next Up :
Total War: Medieval II, the classic strategy game, is heading for iOS and Android this Spring