Even the best get it wrong sometimes

Nintendo is not particularly familiar with the concept of failure. Sure, the N64 and GameCube may have struggled in the face of rival machines during their respective lifespans, but both consoles still managed to rack up a library of must-have games and find a sizeable niche to inhabit.

However, prior to the launch of the N64 the company released a console that bombed so spectacularly that it cost its creator his previously-guaranteed position within the firm and plunged Nintendo’s post-16-bit strategy into chaos.

That machine was the Virtual Boy - a largely unloved (and unlovable) slab of red/grey plastic that purported to offer gamers a glimpse into the amazing world of 3D visuals, but in reality offered little more than neck-strain and headaches.

The brainchild of the Game Boy designer Gunpei Yokoi, the Virtual Boy was envisaged as a handy ‘stop-gap’ console that would bridge the rapidly increasing divide between the 16-bit Super Nintendo and the ever-delayed Nintendo 64 (then known as the Ultra 64).

From the moment it was conceived, the project was seemingly fraught with difficulties.

Although the technology used in the machine was cutting edge (Nintendo exclusively licensed it for worldwide use from US-based Reflection Technology Inc) the effort of bringing the idea of ‘3D virtual reality’ to the home at a cost that would seem reasonable to the average consumer resulted in hardware that was compromised in practically every way imaginable. 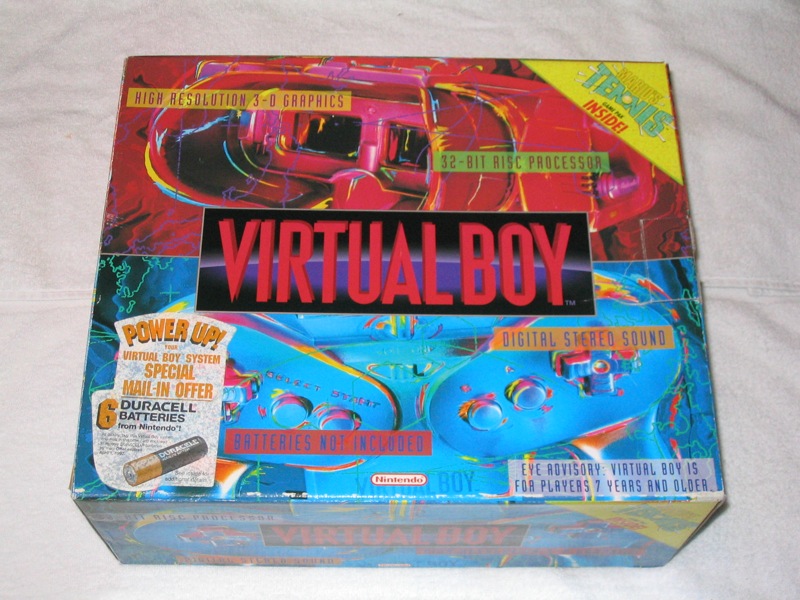 The Virtual Boy used twin mirror-scanning LED displays to create an impression of depth, and therefore required a powerful 32-bit CPU to regulate the performance of both screens.

This need to effectively do twice the work meant that the power of the 32-bit processor was not immediately apparent when looking at the crude, 2D visuals.

This wasn’t aided by the fact that Nintendo opted for red LEDs as the primary colour for the display. Again, this was done as a cost-cutting measure - red LEDs soak up less battery life - but the oppressive images generated by the device resulted in many users complaining of intense headaches after prolonged use.

Nintendo was having headaches of its own when it came to deciding how the unit would be used.

When it was first announced it was believed that the console would be fixed to the player’s head - just as the bulky virtual reality headsets had done a few years previously.

But when the final design was released, it transpired that Nintendo had opted for a table-mounted stand which required the user to either be sitting, or stooping down in order to play. A joypad was attached to this stand which also powered the console via a set of AA batteries.

It’s little wonder that this unorthodox setup caused widespread bewilderment when it first appeared. Was the machine supposed to be portable, like its illustrious predecessor, the Game Boy? The use of batteries as the main power source certainly suggested as much (although the unit could also be powered by a mains adapter). 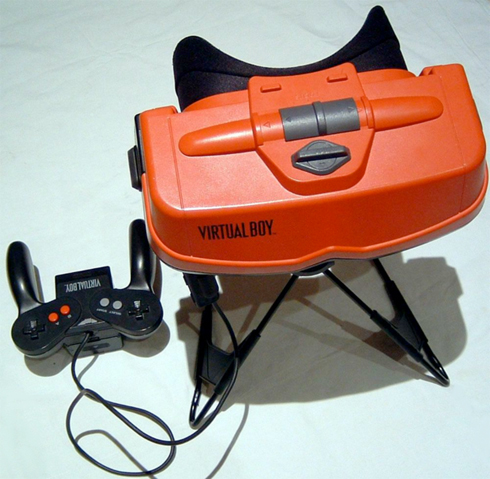 However, any delusions of mobility were quickly dispelled by the bulky nature of the assembled console, and the delicate nature of the internal mirrors meant that even the slightest bump could render the device entirely inoperable.

This was a clear case of a company that was as befuddled as the general public when it came to classifying the intention of the Virtual Boy. Was it a home console or a portable gaming device?

In truth, it was neither, and instead oocupied a rather uncomfortable middle ground that rendered it distinctly unappealing to gamers.

Of course such uncertainty could have been overlooked had the console played host to the typically brilliant games that Nintendo has forged its reputation on, but bizarrely the Virtual Boy lacked any titles that could be described as ‘must have’ releases.

Shigeru Miyamoto - Nintendo’s most famous games designer and the man responsible for creating both the Mario and Zelda franchises - didn’t contribute anything to the Virtual Boy’s software catalogue, and Nintendo was uncharacteristically reluctant to allow third-party developers access to the machine prior to launch.

According to Yokoi, this course of action was dictated by Nintendo’s president, Hiroshi Yamauchi, who was fearful that external teams would flood the market with poor-quality games, thus damaging the already flimsy reputation of the Virtual Boy.

He needn’t have worried - Nintendo’s own games were poor enough to do that without the aid of other developers. 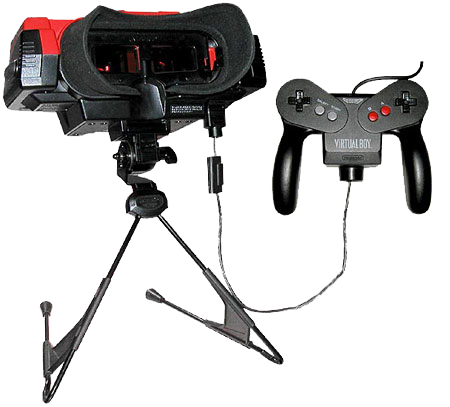 Nintendo’s own doubts about the viability of the console were evident from the start: initially it confirmed that the Virtual Boy would only see release in Japan, although a low key US launch did eventually take place.

When the console hit store shelves in its homeland, it was a commercial disaster. Mud-slinging soon started to occur within the walls of Nintendo’s HQ and the end result was Yokoi’s departure.

The man who had given the company a string of hits - such as the popular Game & Watch and the all-conquering Game Boy - left the firm in disgrace, squarely blamed for the terrible performance of the Virtual Boy.

Sadly, Yokoi lost his life in a roadside accident in 1997, and this has possibly led to Nintendo accepting his creation as part of its colourful history (the Virtual Boy has been featured in recent Wario Ware games, for example).

With the benefit of hindsight it’s a little easier to see how this unusual product came to be, and why things went so badly awry. As Yokoi himself stated prior to the launch of the console, there was a general feeling at the time that many gamers weren’t quite ready to make the transition from 16 to 32-bit.

This viewpoint was given credence by the abject failure of the 3DO, CDi, Amiga 32 and Jaguar consoles; none of these machines had succeeded in wrestling market share away from the incumbent Mega Drive and SNES. 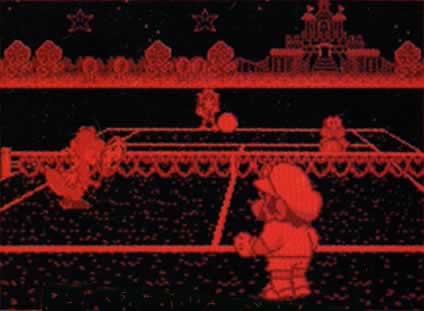 With this in mind, Yokoi and his team at R&D1 set about brainstorming a console that used 3D images to display conventional 2D graphics, and this seed of an idea would eventually lead to the Virtual Boy.

However, it’s well known that Yokoi was unhappy with the way in which Nintendo rushed the device to the marketplace. The company was aware that hype for the Sony Playstation and Sega Saturn was building, and that the N64 would soon be taking up the lion’s share of its own attention.

Keen to make some profit out of Yokoi’s work, Nintendo pushed for an early release of the machine, reportedly to Yokoi’s dismay. So it’s fair to say that what eventually reached the marketplace wasn’t a true representation of the console that he really wanted to make: what he could have done given a little more time is something that we will sadly never know.

While it’s unlikely that such a awkward console will ever gain true acceptance, the Virtual Boy is nevertheless popular with hardcore Nintendo collectors and is often seen as a ‘badge of honour’ for dedicated fans of the Japanese company.

To others, it remains a warning to the folly of ‘cutting edge’ technology, and proves that even the best get it badly wrong sometimes.