Hexcells is getting into iOS gaming in a big way. Known from PC gamers as an addictive yet simple looking puzzler, it's about to bring three games to iPad next Monday.

Announced on Twitter, it seems that Apple has indeed approved the release and that fan won't wait long.

If you haven't yet played Hexcells, here's what its all about in the words of our master indie specialist Christian Valentin:

"Hexcells plays like a mix of Minesweeper and Picross; each level presents you with a grid of yellow and black hexagons. Numbers on the black hexagons tell you how many blue tiles are around it.

Later levels introduce more mechanics, such as Picross-style markings that tell you how many adjacent tiles are in a column."

You can take a look at its gameplay below: 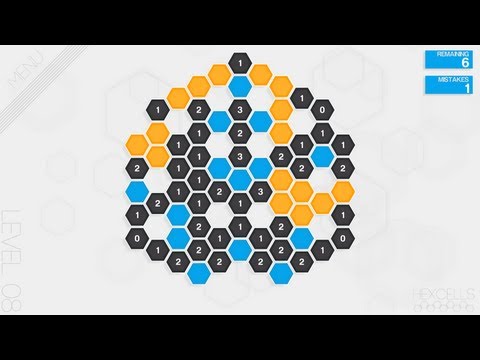 We'll update this news with the links when we have them.

A minimalist trio of Hexcells puzzle games arrives on iPad