An awful lot has happened in the life of Henry Hatsworth creator Kyle Gray’s life since we last spoke to him in March.

Since the game shipped he’s parted company with EA, thrown himself in the wild world of independent development and even tied the knot with his long-suffering (and very understanding) girlfriend.

To many, the notion of making the leap from the security of one of the world’s biggest software companies to the scary and often unpredictable arena of indie publishing might seem like the act of a complete and utter madman - especially when the game you’ve just created is scoring impressive reviews the world over, but Mr Gray isn’t someone who intends to play by the rules.

We were lucky enough to track this intriguing gent down and after thrusting several cups of lukewarm tea in his general direction we were pleased to discover that he was all too happy to share his secrets with us. Good show!

Pocket Gamer: Can we ask why you decided to leave the ‘safety zone’ of EA to go it alone in the indie wilderness?

I’m 27 and fairly healthy with no dependents and I have a very supportive wife who’s willing to let me do my own thing. After we wrapped up Hatsworth it seemed like a good time to take the indie leap and finally put up or shut up.

How did your colleagues at EA react when you said you were leaving?

I don’t think too many of them were surprised, honestly. Surprised or not, they were all very supportive - a lot of them had at one point or another been in the same position and understood why I wanted to try something new. A stellar bunch of gentlemen, indeed!

Are you pleased with the largely positive critical reaction gained by Henry Hatsworth?

Totally - it was especially gratifying to see more and more reviewers understand what the game was about as time went by. The cute packaging, and puzzle aspect seemed to confuse a lot of people initially - so those not expecting a challenge (or a platformer) were in for a bit of a surprise!

Hatsworth continues to stand out as a rare moment of creative genius in the otherwise fairly predictable EA catalogue - does it surprise you that it was given the green light in the first place?

Thanks! I don’t know if I’d totally agree with that though - EA also made Dead Space and Mirror’s Edge, after all.

I’m continually surprised that anyone would take anything I do or say seriously, so I was completely dumbfounded when the game was greenlit. Other, smarter people seemed to believe in the game, even when it was just a flash prototype - so maybe I shouldn’t have been entirely surprised.

One of the few criticisms leveled at Hatsworth was its somewhat steep difficulty curve - especially on some of the later levels. If you had the opportunity to return to the game would you tone it down, or was it your intention to provide a challenge for hardcore gamers?

A lot of hardcore gamers seem to have beaten the game and I’ve even seen a few comments about how easy the game was, so it would be a shame to take that away from them. On the other hand, I wish more people could see the ending.

I guess I’ll have to cop out and say that if I had the chance to return to the game we’d have an “easy” and “difficult” mode for Hatsworth.

How did Hatsworth perform commercially?

Good question - I wish I knew! So far I haven’t seen anything on the internet to indicate how well it’s done. Maybe somebody will eventually release that NPD data...

What lessons have you taken from working on Hatsworth?

“Never pet a burning dog”, “don’t pee on an electric fence” - no wait! Those are tips from Warcraft II!

Hatsworth taught me a lot of things, but I think I’ll stick to the top three, since the internets loves Top 3 lists:
Although you’ve now left the EA fold, if it was to explore the possibilities of a Hatsworth sequel, would you be keen to be involved? 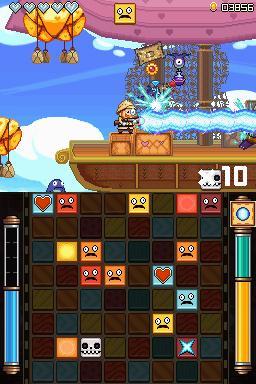 Naturally! I hope enough people pick the game up to make it happen.

Is it true that you’re hooking up with World of Goo creators Kyle Gabler and Allan Blomquist? Can we ask what project you guys have in mind?

The three of us are working on a WiiWare title, but it’s super top secret right now. That’s all I can say about that.

You and Gabler are also involved in the enigmatic “Experimental Gameplay Project” - can you give us a little more information on this?

Kyle and I were two of the co-founders of the Experimental Gameplay Project (www.experimentalgameplay.com) back in 2005. The project was started with the simple premise of one person making one game prototype in seven days from start to finish.

To make things more interesting all four of us would make each of our games around the same theme - like “gravity” or “evolution.”

Since then the site has gone through a few different phases. At one point we held prototyping competitions for students - the winners ended up getting internships at game companies like THQ and EA.

Now we’re looking at rebooting the site next month, kicking it off with a fresh round of seven-day games around a new theme. We’ll be announcing the theme and the participants in the coming weeks!

What would you say your biggest influences are? Is there any particular game that you turn to when looking for inspiration, or does it come from several different sources at once?

Growing up I was a huge fan of Nintendo games, JRPGs, and the old LucasArts games. These days I tend to spend more of my time playing indie titles, handheld games, or downloadable titles.

I wouldn’t say there’s any one game I turn to for inspiration, but there are definitely a few I go back and replay every few years.

Do you see yourself returning to the DS (possibly via DSiWare) or do you feel you’ve exhausted the possibilities of dual-screen gaming?

The DS is an amazing system - I don’t think even Nintendo has exhausted all of the possibilities for the system. I could definitely see myself working on more DS titles in the future.

What’s your opinion of the iPhone as a gaming platform?

The iPhone has a lot of promise as a platform, but the marketplace is more than a little intimidating! There are so many games for the iPhone, and it seems like the number coming out each month is rising at a near exponential rate. It’s definitely a platform I’d like to try making games for since it has so many unique features.

What about the iPhone App Store? What do you like best about it, and what could be improved?

I haven’t used the App Store too much, aside from grabbing Apps like Skype or Yelp! From what I have seen, I’d like to be able to organise the Apps in any given section by popularity, newness, cost, user rating, etc.

I’m sure you can probably already do this, and I just haven’t discovered how…

What about Nintendo’s portals for indie developers - WiiWare and DSiWare? Do they appeal to you?

The chaps at Nintendo are very supportive of indie developers, and I already love the hardware - that’s one of the reasons I’m looking forward to WiiWare development! Hopefully DSiWare will follow at some point.

What’s next on the horizon for Kyle Gray?

Lots of excitement, no doubt and probably a lot of hair-pulling as well! Stay tuned!

Thanks to Kyle for taking time out from trying to conquer the world in order to speak to us. 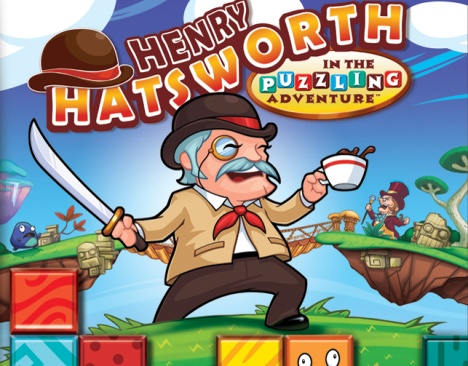 Henry Hatsworth in the Puzzling Adventure

The British Empire is reborn with Henry Hatsworth

Another hands-on with Henry Hatsworth in The Puzzling Adventure