Popoi, Randi, and Primm can be yours

Square Enix has launched a Heavenstrike Rivals crossover event with Secret of Mana. It will be available until August 11th at 2pm GMT.

If you challenge the "Tree of Mana" quest in the Abandoned Zone then you'll be in with a chance of getting Popoi from Secret of Mana.

You can also head to the Recruit for your chance to get Randi and Primm from Secret of Mana.

Square Enix announced this crossover event would be happening when it rolled out a big update for Heavenstrike Rivals last week. 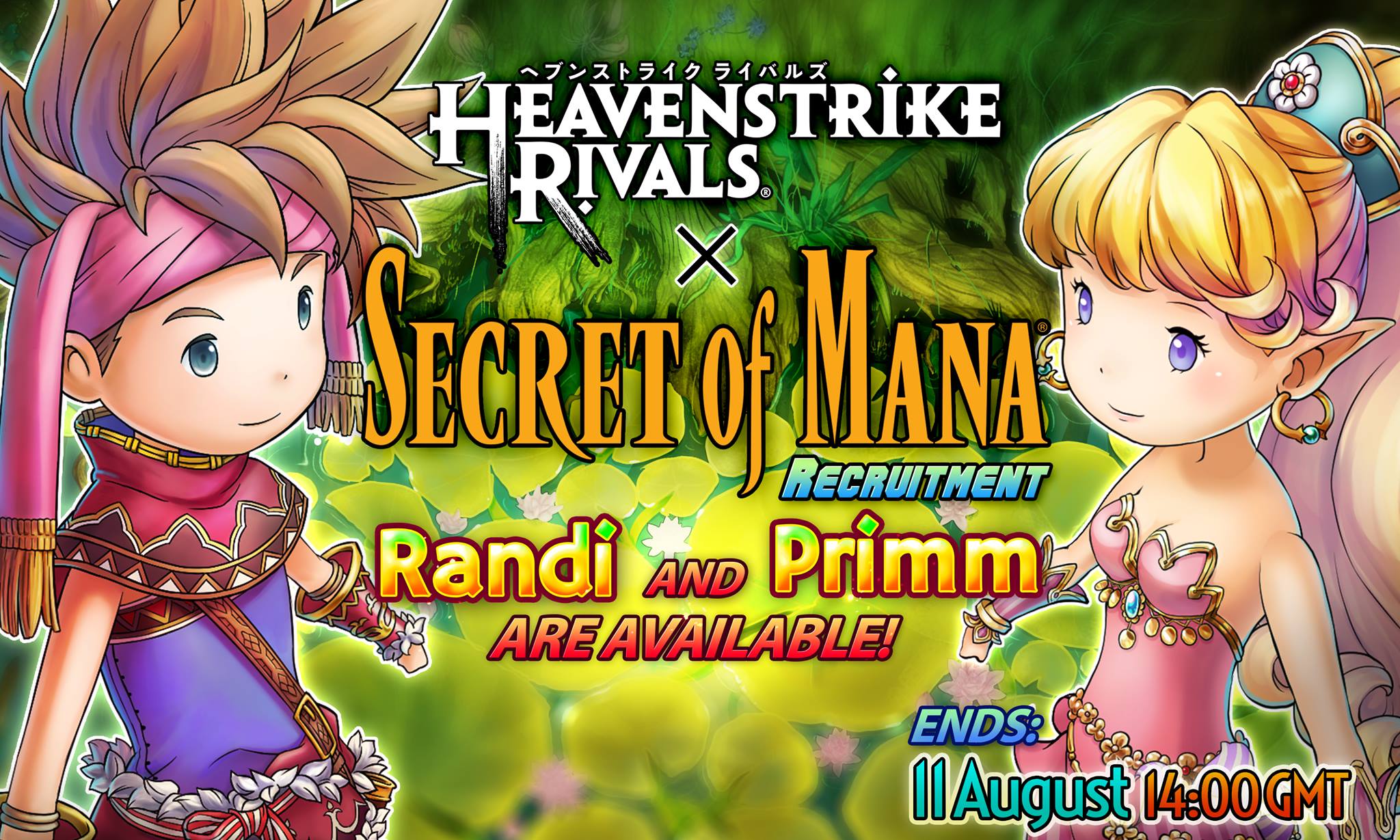 It's said that there will also be a Final Fantasy crossover event at some point too.

You can download Heavenstrike Rivals for free on the App Store and Google Play.