By Catherine Ng Dellosa
| May 24

Supercell is celebrating ten epic years of service for Hay Day, the studio's first global game. With more than 660 million downloads, the casual farming sim is welcoming its 10th anniversary with a Birthday Fair celebration that will last a whole month, along with an awesome partnership with the Rodale Institute’s Regenerative Farming practice to give back to farmers in real life. 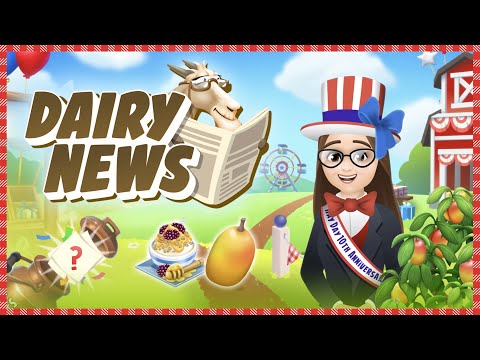 “In Hay Day, we’re all farmers, so we thought there was no better way to celebrate our 10th birthday than to give back to real-life farmers via the Rodale Institute’s Regenerative Farming practice,” says Agnes Liou, Marketing Lead at Supercell. “Regenerative farming is a complex process, but to put it simply, it helps create healthier soil, which grows healthier food, which makes healthier people. So not only will players be able to have a jam-packed month of fun activities at the Hay Day Birthday Fair, but they’ll also be benefiting an amazing real-world cause with every delivery they make in-game.”

If you're keen on joining in on the festivities, you can download Hay Day on the iOS App Store and on the Google Play Store for Android devices. It's a free-to-play game with in-app purchases. You can also join the community of followers on the official Twitter page to stay updated on all the latest developments.

Are you on the hunt for more similar titles that will put your skills to the test on your mobile device? Why not take a gander at our list of the top 15 best farming games for Android phones and tablets?

Next Up :
Void-X is an upcoming arcade bullet hell game on iOS, launching on June 8th

Need friends in Hay Day? Things you can do with friends, and the best place to find and share your friend code

Hay Day hack - Why you should avoid it

Hay Day: Sanctuary; Where is it, how do you get it and what does it do?