Could Harry Potter: Wizards Unite AR mobile game be even bigger and better than Pokemon Go?

Pokemon Go was not only the most impactful mobile game of last year, it was also one of the biggest global phenomena to emerge from the gaming world.

Millions of people from the hardcore gamer to the far more casual families and business people took to the streets in the hope of snaring a Pokemon or too (preferably not ANOTHER Pidgey) in the location-based AR game from Google spin-off Niantic.

The game was genuinely fun and fresh, but admittedly the perennial Pokemon license seemed ideally suited and brought in millions of ardent fans. So just imagine what would happen if an arguably even bigger IP was given the 'Go' treatment.

That's precisely what was unveiled today with the announcement of Harry Potter: Wizards Unite, a partnership between Niantic and Warner Bros. Interactive (and new Potter-dedicated sub-brand Portkey Games) that will allow humble muggles to explore the magic world of Hogswarts and Pottermore, meeting familiar characters from J K Rowling's fantasy universe and doing battle with all manner of monsters and indeed fellow wizards. 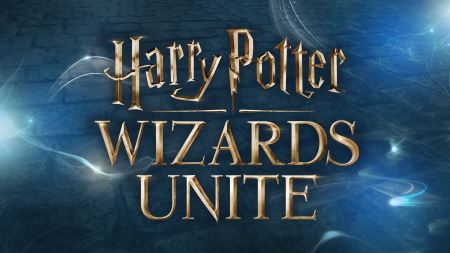 The project had been previously rumoured along with a host of other IP spin-off 'Gos' apparently in production including Marvel, Star Wars and various other Disney universes but had been thought to be just press speculation... until today.

John Hanke, founder and CEO of Niantic, released an official statement saying, "The beloved Harry Potter stories have captured imaginations worldwide for more than 20 years and soon we’ll turn the fantasy into augmented reality, allowing fans and their friends to become wizards and witches."

Harry Potter is a great choice to follow up Pokemon Go's success. Its army of fans continue to make it a global phenomenon. Each of Rowling's seven books has broken sales records, with the series having sold over 450 million copies worldwide. The Daniel Radcliffe-starring movies have grossed more than $7.7 billion (making it the largest-grossing film franchise in history).

This follow's Niantic's acquisition last week of Evertoon, a platform for adding social media elements to digital products. Could we be seeing Pokemon Go and Wizards Unite getting more socially connected in 2018?

So: Harry Potter: Wizards Unite is coming and as of this week it has an official website. It will be released next year and we couldn't be more excited. Suffice to say we are going to be all over this like a Dementor's kiss in the coming months. How much are you looking forward to it? Let us know in the comments below.