The arrival of the Pixel line of phones a few years back caused something almost unimaginable to happen; the iPhone was no longer the de facto king of smartphone photography, a situation that had been pretty much set in stone for the past decade.

Google invested plenty of time and effort into making the Pixel's camera the best on the market and has maintained this position despite its rivals coming up with all kinds of multi-sensor gimmicks in an attempt to steal the crown.

The Pixel 3 launches at a time when some manufacturers are putting three or even four cameras on the back of their phones, which must surely make it even harder for Google to stay in front? You'd think so, at least.

Let's address the elephant in the room first - the Pixel 3 is hardly going to win any awards when it comes to design innovation. That's not to say that it's an ugly phone - far from it - but it looks perhaps a little too similar to last year's Pixel 2, and it has pretty large bezels for a 2018 flagship. Still, the mix of glossy glass with a matte coating is effective and improves grip - although it goes without saying that you'll want to invest in a case because all-glass smartphones don't play nice with solid floors when dropped accidentally.

Outside of that, the Pixel 3 looks perfectly nice, although it's impossible to shake the feeling that it's a phone from a bygone era; there's a rear-mounted fingerprint scanner (which is a good thing, we like those) but no fancy face unlock functionality, and the single camera on the back (again, not a bad thing, as we'll come to in a moment) seems to hark to past times. Google has kept button inputs as few as possible too, with just a volume rocker and power button to speak of. 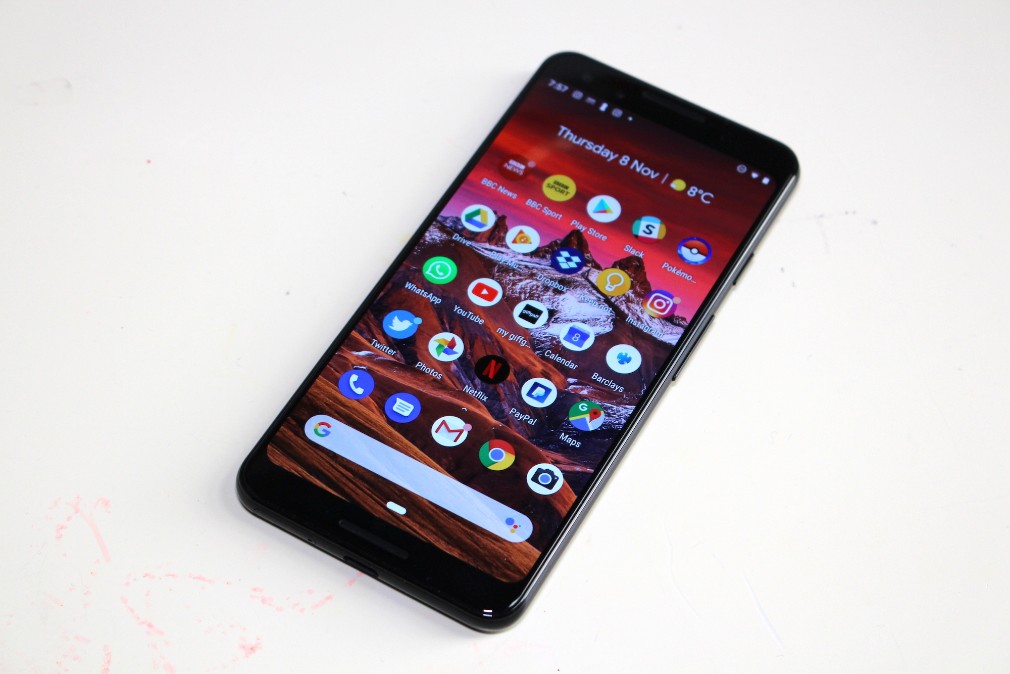 As we said, it's certainly not an unattractive handset and looks nice and compact (it's one of the few truly pocket-sized Androids available these days - the Pixel 3 XL will scratch your itch if you want a mobile with a bigger screen), but it would have been nice to see some kind of unique design trait. Screen and Sound We've already mentioned the fact that the Pixel 3 has some serious bezels going on, so we don't need to mull over that too much. The 5.5 inch, 1080 x 2160 pixel OLED screen is decent enough, offering the kind of punchy colours and deep blacks that only organic LED panels can.

Sadly, LG - which makes the OLED used in the standard Pixel 3 - isn't quite as adept in their production as Samsung, and the first review unit we had actually suffered from quite dramatic colour shift issues, with a pink hue appearing on the bottom of the screen. The second unit was perfectly fine, but there are clearly quality control problems with LG's panels so it could well be luck of the draw when you buy one.

The one positive thing about the Pixel 3's bezels is that they give Google the room to fit in two front-firing stereo speakers. They're not quite as good as the ones on the Galaxy S9 - there's a distinct lack of bass and they cause the phone's frame to vibrate at high volumes - but they're certainly better than we see (or should that be hear?) on a lot of flagship devices. There's no 3.5mm audio jack, so if you want to listen using a pair of headphones then they'll need to be wireless.

Another area where the Pixel 3 is rather uninspiring is its internal specs; while the Snapdragon 845 is the best chipset you could hope for in an Android phone right now, it's already been seen in multiple devices in 2018 and is hardly a groundbreaking inclusion. It's also rather odd that Google has decided to ship the Pixel 3 with 4GB of RAM when there are some devices hitting the market this year with twice that amount.

Sure, 8GB is clearly overkill in a smartphone, but it would have future-proofed the handset to a certain degree; we noticed a lot of apps didn't stay in memory for very long, although Google has stated that a software update will improve this at a later date. Grumbles about nerdy specs aside, it's hard to feel disappointed with the Pixel 3's performance. 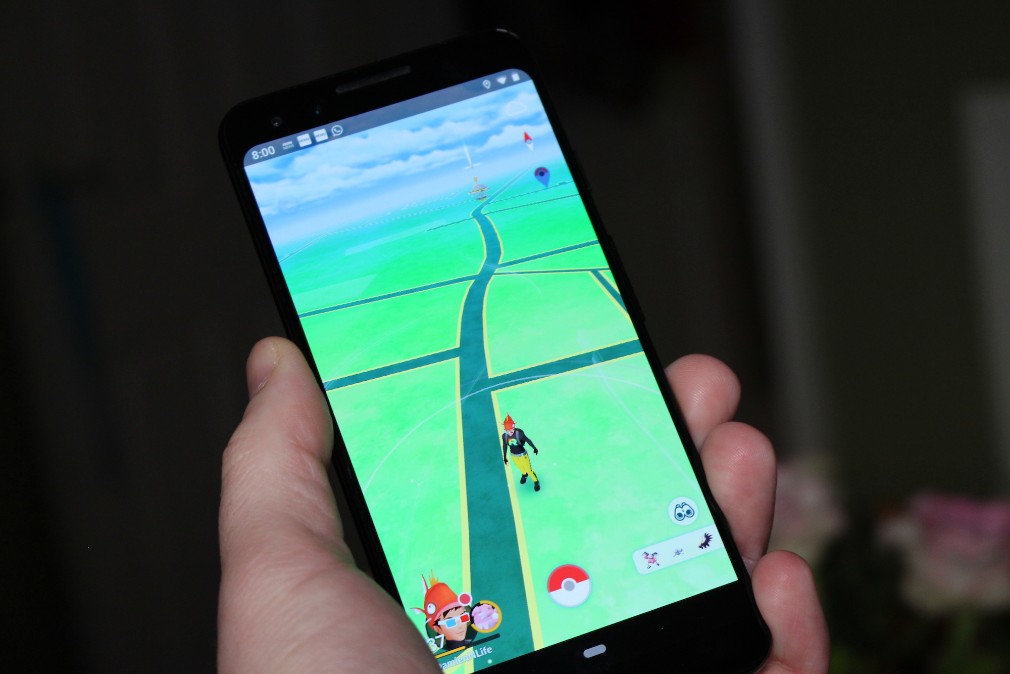 Everything is silky-smooth and responsive, something which is no doubt made possible by the fact that the phone is running a 'pure' version of Android, unhindered by the usual bloatware and UI skins that are inflicted on Samsung, Sony and HTC's handsets. Those front-firing speakers really help bring games to life, and the OLED display makes titles like Tekken, Final Fantasy Tactics and Read Racing 3 look positively fantastic.

If you're planning to use the Pixel 3 as your pocket-based gaming companion - and let's face it, you wouldn't be reading Pocket Gamer if you weren't - then you'll come away very impressed indeed. We couldn't fault the phone's performance.

The headline star of the Pixel 3 story this year is the same as last year: the camera. While the specs haven't changed dramatically on paper - there's still a single rear-facing sensor - Google has equipped it with all kinds of special AI skills that mean this is still the best smartphone camera on the market right now.

Top Shot takes a group of photos both before and after you tap the capture button, and then uses machine learning to pick the best one - that means you should avoid any closed eyes or frowns in group shots, as well as blurry images when your subject is moving. Add to this one of the best 'Portrait' shooting modes on any phone and a groundbreaking Night Sight feature which makes dark scenes look like they're totally illuminated, and you've got what is unmistakably the best camera on any smartphone right now. 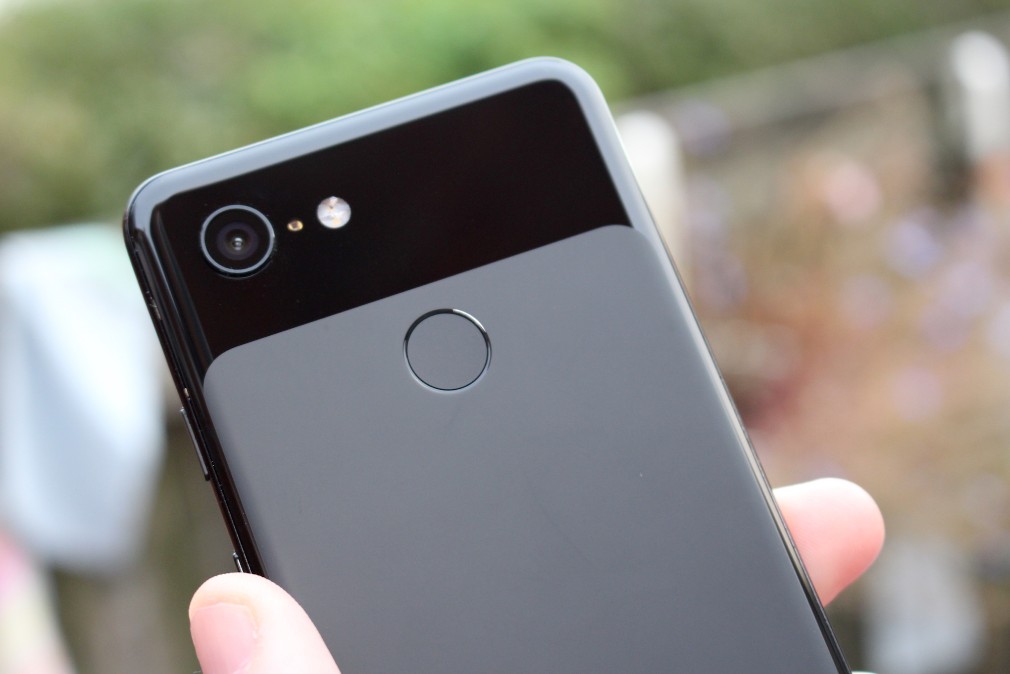 Around the other side, you've got a revised front-facing camera array (two sensors this time) that allow you to take wide-angle selfies and fit in more people.

The Pixel 3's 2915 mAh battery is hardly awe-inspiring stuff, and we fully expected to struggle with the phone after spending the year with the Galaxy S9 Plus. However, we were surprised to find that its boasts above-average stamina, and Android's Adaptive Battery feature - which limits the power that seldom-used apps take up - works wonders.

As you've digested this review you've no doubt made some assumptions on what we think of the Pixel 3 as a whole; unexciting, safe, dependable and equipped with an amazing camera. To be fair, by breaking things down we've probably painted an overly drab picture of Google's latest handset - as a whole, it's a much more agreeable proposition primarily because the company is now closer to the 'Apple ideal' than ever before. 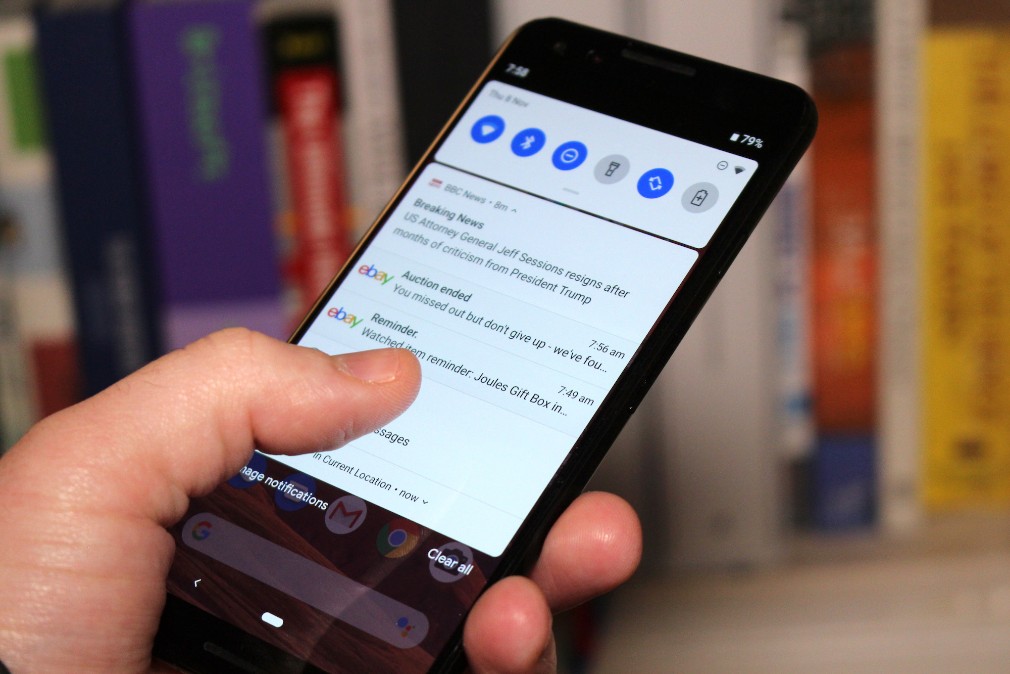 Google may not physically make the Pixel 3 itself, but it has complete control over all of its features and that has a resulted in a device which is beautifully 'complete' as far as software and hardware synergy is concerned.

Everything works, there are no annoying instances of duplicated functionality (a common issue when companies like Samsung include their own app stores) and the whole experience is smooth, fast and intuitive. Oh, and the camera is positively world-class while there's enough power on tap to satisfy the most dedicated of mobile gamers.

A few niggles aside, this is another hardware hit for Google.

It might look safe on the surface, but the Pixel 3 is possibly the most refined phone Google has yet produced and is ideal for mobile gaming sessions
Next Up :
DC Worlds Collide review - "DC fan service in an enjoyable gacha package"