3DS
| Hakuoki: Memories of the Shinsengumi

No matter what the genre, a great game is made great because of its ability to engender feelings.

Whether these feelings are of amusement, triumph, frustration, or sorrow, the ability to create and evoke emotions demonstrates that games are powerful medium for storytelling.

And that's why Hakuoki: Memoirs of the Shinsengumi is a great game, despite the fact that it's about as far from a traditional experience as you can get

There are no combos to learn, timed inputs to perfect, nor strategies to master - instead, all that Hakuoki offers is a rich and compelling story that will appeal to patient players regardless of their gender, sexual orientation, or knowledge Japanese history.

I'm just a girl in the world

Memories of the Shinsengumi is an expanded release of the Bronze Award-winning PSP release Hakuoki: Demon of the Fleeting Blossom that offers extended new storylines and added extras like a fun photobooth for players to enjoy. 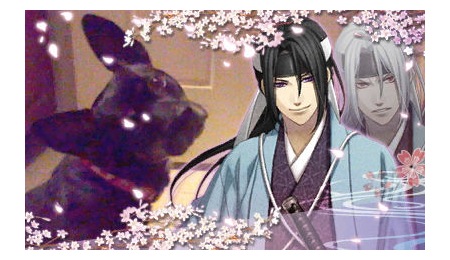 The story of Hakuoki takes place during the mid 1860s in the final days of the Samurai's glory. You play as a young girl named Chizuru who sets off to Kyoto alone to find her missing father.

Along the way, you happen across a band of Shongunate samurai called the Shinsengumi and feelings begin to blossom between Chizuru and the enigmatic warriors.

While most all of the characters are based on historical figures, the presence of demons and the vampire-like, blood-drinking furies (Rasetsu in the original Japanese) lets you know that fantasy will be playing a major role in what's to come - and you can explore either the historical or fantastic sides of the story based on which male character you choose to fall in with.

Progressing through the story is just one half of Hakuoki's draw, however. The other half comes from finding romance with one of the Shinsengumi as you grow closer to them. 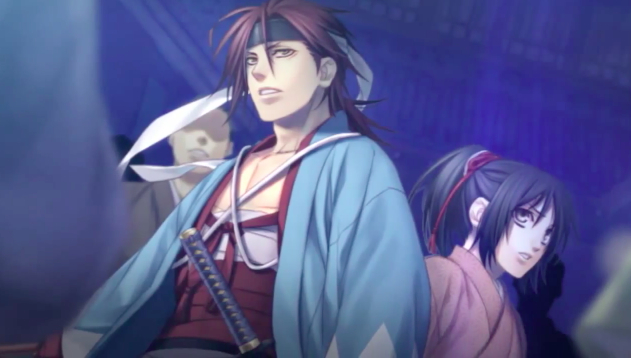 As a visual novel, Hakuoki involves reading through the story and making decisions at critical junctures. You can use either buttons or the stylus to make your selections, and the robust in-game options allow you to change the visual and auditory presentation of Hakuoki to suit your individual tastes.

What you can't change, however, is the overall direction that the story takes. Your choices ultimately determine your later chapter progressions (the game forks after Chapter 3 based on the character you have the strongest relationship with), but the fixed events remain immutable.

Thus, characters fated to die by both history and the script will still die at pre-ordained points, and this can be rather frustrating.

That's all that you'll let me be
One of my biggest complains with Hakuoki is that I often felt that my choices were being ignored so the story could continue on its rails.

While I didn't expect it to be a sandbox game, I'd prefer to have had a little more influence over the outcome of the plot, or at least some control over what my character was capable of doing. There were times where I was annoyed that Chizuru was stuck in the role of damsel in distress, being unable to fight without the help of the Shinsengumi, but at the same time there were moments when I found myself breathing an honest sigh of relief when my love interest showed up to rescue me.

The first time this happened, I wasn't even aware that I was holding my breath as the tension of the scene mounted. 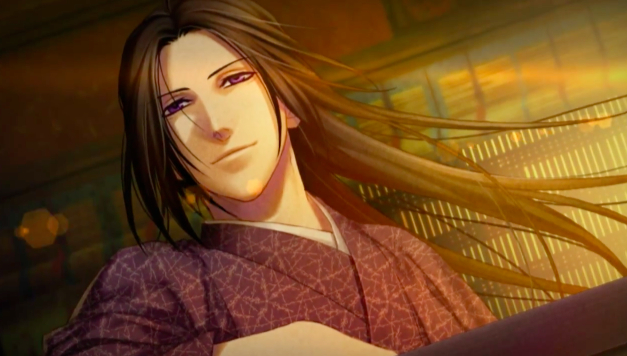 At the beginning of my time with Hakuoki, I was a bit annoyed by how difficult it was to make my character's intentions known to the NPC that I wanted to pursue, but then - as I juggled save data and quick-saves - I realised that this was an intentional bit of meta-storytelling.

The frustration I was feeling at the lack of communication options mirrored perfectly the frustration that I imagine Chizuru felt as she tried to come to terms with her own desires.

Maybe I'm reading too much into things here, but that's sort of the point of the game. You don't play Hakuoki to kill time in a waiting room or a long queue. You play it when you can give it your full attention, and the payoff is amazing if you dig deeply and really immerse yourself in the story.

Take this pink ribbon off my eyes

As a heterosexual, married man with a cursory understanding of Japanese history, I'm about as far outside of the target audience for Hakuoki as one could get - but the excellent story and sparkling localisation by Aksys made my time with the game quite enjoyable.

That said, there are a few minor technical issues with Hakuoki that take away from the polished end product. A couple of encyclopedia entries cut off in the middle of a sentence (or rarely, in the middle of a word) which is something that should have been caught in QA.

Further, while the 3D effect adds pleasant depth to certain scenes, the subtlety of a visual novel isn't the best medium for this sort of effect to really shine, and you really won't notice a difference if you play with the 3D off.

But these are minor complaints.

Ultimately, Hakuoki is a difficult recommendation for those unfamiliar with visual novels in general or otome (female-focused) games in specific. But anyone looking for an excellent character-driven narrative will be immensely pleased by the depth and scale of story delivered by Hakuoki: Memories of the Shinsengumi.

It's not a game for everyone, but even those outside of the targeted demographic will treasure Hakuoki if they allow themselves to fall into the story
Next Up :
Hero Emblems II review - "Lovely visuals and music, but match-3 combat lacks strategic depth"