Joycity has announced an upcoming play-to-earn game on mobile titled Gunship Battle: Crypto Conflict. Given the game's title alone, players can expect realistic visuals and lots of P2E military-themed 4X action, where gathering Titanium and Milico currency lets you make money while having fun at the same time on the WEMIX platform.

Gunship Battle: Crypto Conflict is opening its pre-registration sign-ups on February 17th ahead of its March release - plus, there will be a massive air-drop event that players can get into until March 10th. There will also be a random draw for cool prizes.

Based on the popular Gunship Battle: Total Warfare, the upcoming game lets you mine Titanium from Titanium islands as well as via clearing daily missions. With enough Titanium, you can exchange your hard-earned elements for a utility coin called "Milico". This, in turn, can be exchanged for WeMix tokens on the WeMix platform. 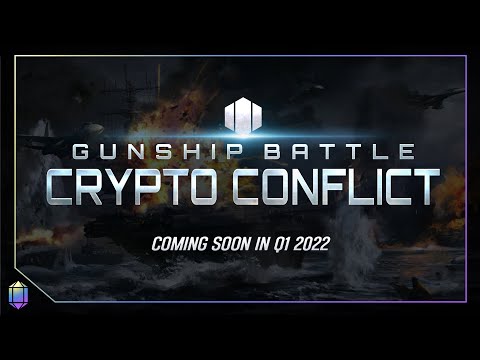 If you're eager to know more about the narrative of Gunship Battle: Crypto Conflict, its gameplay and its units, you can visit the official website for more info, or have a look at the embedded teaser trailer above to get a feel of the upcoming title. While it's not listed on the iOS App Store and the Google Play Store for Android devices just yet, it will be a free-to-play game with in-app purchases, with pre-registration sign-ups opening soon. You can join the community of followers over on the official Twitter page to stay updated on all the latest developments as well.

Are you on the lookout for more strategy titles that will put your skills to the test and let you unleash your inner tactician on your mobile device? Why not take a gander at our list of the top 25 best strategy games for Android phones and tablets in 2022?

Next Up :
Brawl Stars launches an adorable V-Day animated clip featuring Rico and a vending machine

Gunship Battle: Crypto Conflict is out now on iOS and Android, letting players play and earn in a naval strategy game