ALL THE GTA (and Max Payne)

Rockstar has kicked off a huge sale on both the App Store and Google Play, allowing you to pick up such classics as Grand Theft Auto III for less than a lunchtime sandwich.

The third instalment in gaming’s greatest crime simulator is just £2.29 / $2.99 right now, quite the bargain for one of the best console-to-mobile ports in recent memory.

Grab it on the App Store or Google Play before it's too late.

Cult classic Vice City and original DS hit Chinatown Wars are also available for the same low price, with the latter an absolute must buy if you’re yet to try it on either tablet or smartphone.

Android users can find it here, whilst those with an iOS device should head this way.

San Andreas is also discounted at £3.99 / $4.99 and is a surprisingly excellent version of arguably the PlayStation 2’s most ambitious game. It’ll take up a hefty 1.63GB on iOS and 2.4GB on Android, but it’s well worth the space. 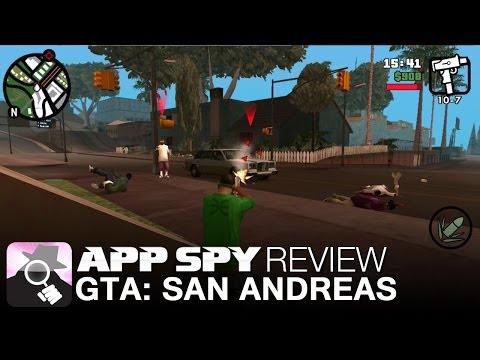 Cheapest of them all, though, is Max Payne, which you can download for just £1.49 / $1.99. Although having been named among the eight games Glen didn’t think should come to mobile earlier this year, it’s probably still at least £1.49 / $1.99 too dear.

If that's not enough to put you off, be sure to at least pick it up on either Google Play or the App Store before the sale comes to an end on Friday.