Well, if you don't count politicians and tabloid journos and opportunistic lawyers, of course.

But Rockstar has had less luck with the series on handhelds. Those epic cityscapes have translated poorly to portables, and the GTA games took years to 'find their feet' on mobile systems. 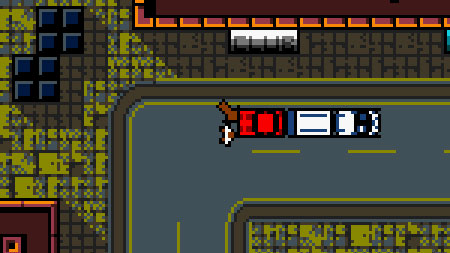 Grand Theft Auto for Game Boy Color was nothing if not ambitious. Developer Tarantula Games tried to replicate the entire city from the PC game... and it almost pulled it off. Ignore the fact that the game has few cars on the road - and fewer pedestrians on the paths - and it's a pretty good replica.

You can also choose from multiple male and female characters (though they all look like an indistinguishable pile of pixels when you get into the game).

But the gameplay was a complete dud. The controls are a mess (I had to read the manual to find out how to jack a car); the repetitive music will give you a headache; and, worst of all, the blood and gore has been scrubbed out to satisfy the censors at Nintendo.

Not a great start. 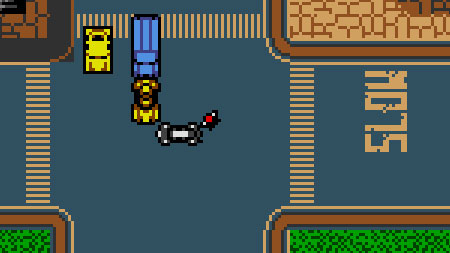 Things didn't get much better in Grand Theft Auto 2. Tarantula Games delivered another half-arsed handheld cash-in that was still a chore to control, and still censored.

Worst of all, the game was just dreadfully boring. By reducing GTA down to a string of chores and uneventful missions, Tarantula had only captured about one percent of the Grand Theft Auto experience. 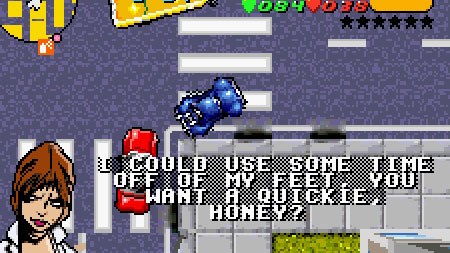 Finally, Rockstar saw fit to give its baby to a different developer (Digital Eclipse, now Backbone Entertainment). The results were a little better.

The game was originally announced as a handheld port of Grand Theft Auto 3. Somewhere along the line, though, someone realised that this was a stupid idea and this GBA entry turned into a prequel to that game, instead.

So, it's still set in Liberty City and features the same familiar landmarks, but all the missions have been changed, the story is different, the hidden packages have been moved, and the train system has vanished.

GTA Advance fared a little better at review, but all the usual complaints - like the crappy soundtrack, dodgy controls, and low-fi visuals - raised their ugly heads. 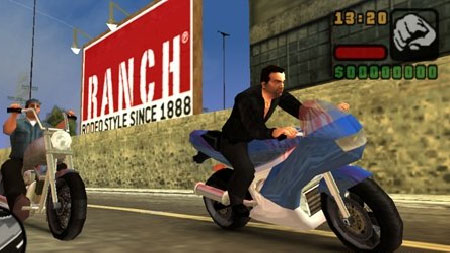 The graphical grunt of the PSP meant we finally got the Grand Theft Auto on handheld game we deserved. Liberty City Stories is a full-on GTA on the go, with few compromises, commendable controls, and everything that makes GTA so GTA.

For this PSP game, Rockstar wasn't content to just port its much-loved PS2 games to the handheld.

Instead, we got a spin-off that was set in the familiar streets of Grand Theft Auto 3's Liberty City, but had a new lead character (mafioso man Toni Cipriani), all-new missions, and features from later GTA games like a customisable wardrobe and motorbikes. 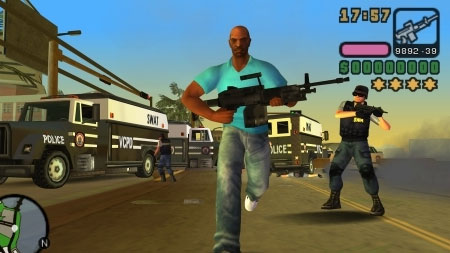 Much like Liberty City Stories, this PSP follow-up contained the same street map as the one in PS2 game Vice City, albeit filled with new missions and characters.

There were also some new ideas here, including jet skis, a beach patrol activity, and an empire-building meta-game.

You play as Victor Vance, the brother of Vice City's Lance. And Phil Collins also shows up, for some reason.

Sadly, despite rumours and endless prayers, San Andreas never got the "Stories" treatment. Maybe it will show up on Vita? We can only hope. 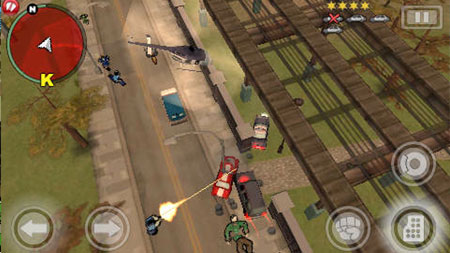 While the PSP got the complete Grand Theft Auto experience, the DS had to 'settle' for something different.

And that's no understatement - while the game takes place in Grand Theft Auto IV's version of Liberty City, there's a towering top-down camera that harks back to the series's 2D roots, a cel-shaded art style, and an Asian hero in Huang Lee.

The game really had a feel of its own.

There's also a fascinating drug-dealing meta-game, where you can peddle heroin, LSD, MDMA, marijuana, and more around the city. You need to ride this illegal stock market through its highs and lows - and dodge the cops - to make the most profit.

This oddball entry in the Grand Theft Auto universe eventually came to PSP (where it lost its touchscreen inputs and comic book look) and iOS. 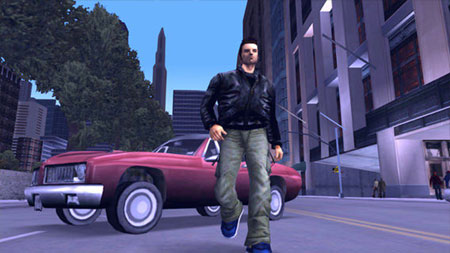 Chinatown Wars was the last original handheld game for Rockstar's parodic hooker-killing sim. Since then, we've had to make do with ports, like this iOS and Android remake of bona fide cultural touchstone Grand Theft Auto 3.

The game's free-roaming world made sandbox worlds popular with developers, and spawned its own empire of GTA clones. And the game's senseless violence caused the media to cast its judgmental eye on games in a way it hadn't since Sub-Zero ripped Scorpion's spine clean out in Mortal Kombat.

In our review, we praised the port's authenticity: "Grand Theft Auto 3 has kept every morsel of its psychotic, reckless chaos in the leap to the prudish App Store". We did, however, find its touchscreen controls a bit lacking. 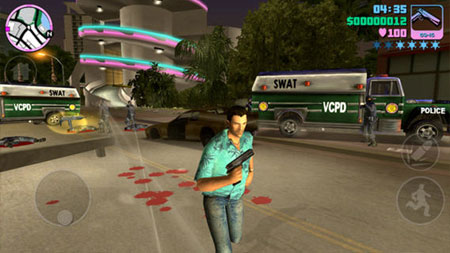 A year later, and Vice City got the same treatment. The complete GTA package, but now on your telephone or tablet.

In this follow-up, Rockstar took us - and GTA - back in time to the 1980s. It features one of gaming's best soundtracks of all time, a great plot in which Scarface merged with Miami Vice, and a cracking cast list of voice talent.

Vice City often wrestles with San Andreas for the top spot on the list of "best Grand Theft Auto games", and now you can play it on your mobile phone. Now that's what I call progress.