Grand Mountain Adventure exceeded all expectations when it first arrived on the scene last year. Beautiful to behold, polished to a shine, and a joy to play, it very quickly became one of my go-to extreme sports games on mobile.

Since then, it's received regular updates and content drops that have further refined and fleshed out the core experience. Now, a major winter update is on the way that's set to introduce local multiplayer and several all-new mountains to master.

Once the update lands, you'll be able to connect to the same Wi-Fi as your friends or family and start shredding together. Multiplayer will be cross-device, meaning iOS & Android users can play together. Up to 16 players can compete at the same time, and there'll even be new multiplayer challenges to tackle that see you racing together, throwing snowballs, and placing rails for each other in a tricky battle mode. 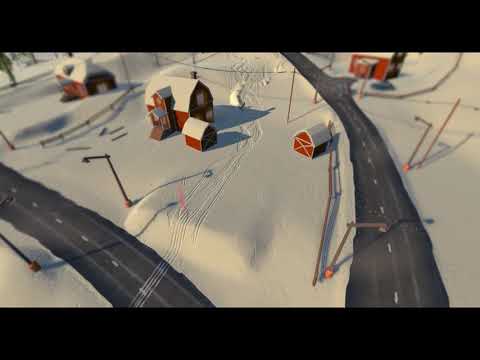 Then there are the new mountains to look forward to. So far, we can confirm that one is set in Europe and another in North America. More info on all that the winter update has to offer will arrive at a later date.

In the meantime, if you're yet to give Grand Mountain Adventure a go – or aren't entirely sure what it has to offer – let me give you the lowdown. Basically, it's a top-down extreme sports game where you're given open-world mountains to explore via skis or a snowboard. Each one is packed with unique sights to enjoy and stunt opportunities to try out.

It might at first seem straightforward in its action and controls, but there's a surprising amount of depth under the surface if you really get into it. You can try the first mountain for free, then make a one-time purchase to unlock the rest of the game. Here are some handy links to its App Store and Google Play pages.

Head to the Pocket Gamer LaunchPad hub to find all of our exclusive announcements from our three-day event
Next Up :
SAMURAI X - X-Sword Style, a brand new 2D action platformer, launches today

Grand Mountain Adventure: A few helpful things to look at in settings