Gran Saga is a Korean RPG that is ready to make its debut in Japan this November 18th. It has already exceeded 2.5 million pre-registration in the country.

Gran Saga is an MMORPG that was released in South Korea earlier this year. In South Korea, it is available on iOS and Android and can be played on PC too. NPIXEL is a South-Korea based video game developer, and Gran saga was their first game to be a hit in the country. They went all out with Gran Saga; from visuals to the soundtrack, everything seems great. They talked about their plan to release it in Japan in January, and now here it is.

The story of Gran Saga goes like this: Once upon a time, there was a great war between Black Dragon Ismael and Grand Knights. The war left a big impact on the world, but the Grand Knights were the ones to claim the victory at the end of the day. The story became a legend, and after a long time, a young knight who idealized the Grand Knights meets a mysterious girl. And that's where the game begins. 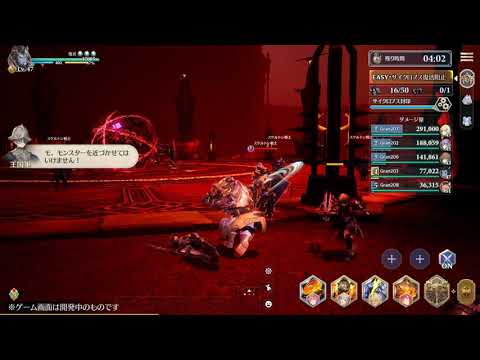 It promises charming characters with Japanese voice actors as the stars of Gran Saga. Play alone, with three Knights, or play together with someone. Everything is possible. The graphics are made with the Unreal 4 engine do seem unreal. The quality is out of the world. There will be a collaboration with Yoko Shimomura, a famous Japanese composer, and the exceptional Czech Philharmonic Orchestra for the soundtrack.

Gran Saga is set to launch on November 18th, 2021, in Japan. 2.5 million Japanese users pre-registered for the title already. If you haven't pre-registered yet, then go ahead and do it now. Go to Google Play to Pre-register. Also, check out their official website for more details. Gran Saga was successful in South Korea, and now it's expected to do the same in Japan too. Interested in JRPGs? Check out our list of the Top 25 best JRPGs for Android phones and tablets.
Next Up :
Arknights, the mobile RPG from Hypergryph, is getting an animation adaptation produced by Yostar Pictures