Game studio Pixowl is bringing childhood memories to iOS with Goosebumps HorrorTown. The classic children’s horror novels are coming to life in a new game that combines city-building and monster collecting. HorrorTown sees you building a frightening city full of the Goosebumps series’ most infamous characters. 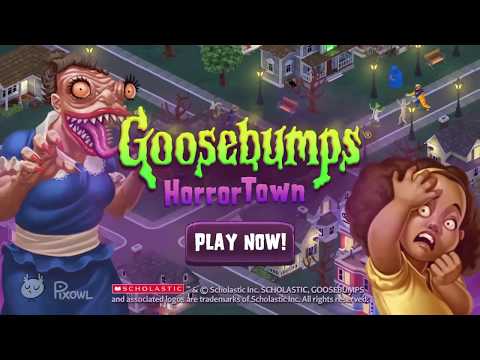 In Goosebumps HorrorTown, you play as both the monsters and the humans. The monsters, which you’ll collect as you progress through the game, are trying their best to scare the humans away from HorrorTown. Playing as the humans, you’ll try your best to spy on the monsters and figure out what they’re plotting. We’re interested to see the underlying strategies at play here, as it’s certainly an exciting new twist on the city-building genre.

It’s a surprising combo for a Goosebumps game, but we’re excited to see how it turns out. You can pre-order the game on the App Store, ahead of HorrorTown’s May 30 release date.