Goat Simulator is coming to iOS and Android. Contain your excitement by eating a sock, or something.

Coffee Stain Studios's Armin Ibrisagic announced at GDC Europe in Germany today that its silly simulator has sold nearly one million copies since its April 1st release on PC.

The studio put all of its staff onto working on the game after the trailer for it went viral earlier this year. After release, extra content was added such as multiplayer and a new map. 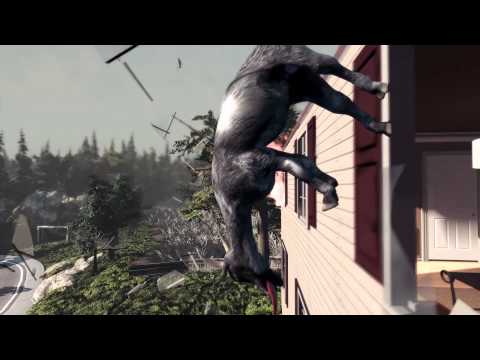 The game involves doing whatever you like, mostly. It's like a Tony Hawk's Pro Skater game without the time limits...or the skateboards.

As the goat, your tongue can stick and stretch to objects to pull them around. You can bounce around on trampolines, destroy nearly everything around you, and generally cause chaos.

After all the success it's had, Coffee Stain decided that it's time to bring Goat Simulator to iOS and Android. No expected release date was given.

Joystiq
Next Up :
Clash of Titans is an upcoming title that's India's first-ever mobile MOBA game