Master Scardy, Titan and Rhea to take down aliens

Gigantic X is the kind of game with a lot of weapons, and a lot of way to wipe out aliens. So much so, that it can be difficult to get a decent grasp on just where to start at the beginning, especially when many of those weapons are split across three radically different mercenaries.

But that's why we're here. In this guide, we're going to break down the three mercenary classes you can find in Gigantic X, and hopefully, you'll find the one that fits you best, in addition to some more specific tips.

Each mercenary is going to have their own weapons to use, abilities in battle, dodge, special moves, and much more. You don't ever need to pick one and stick with them throughout the game, instead you should be swapping between the mercenaries and weapons that work best for a given mission, but that does mean you'll need to adjust to the playstyle of each mercenary.

Just read on for all the essential tips you need to know about the three mercenaries in Gigantic X. 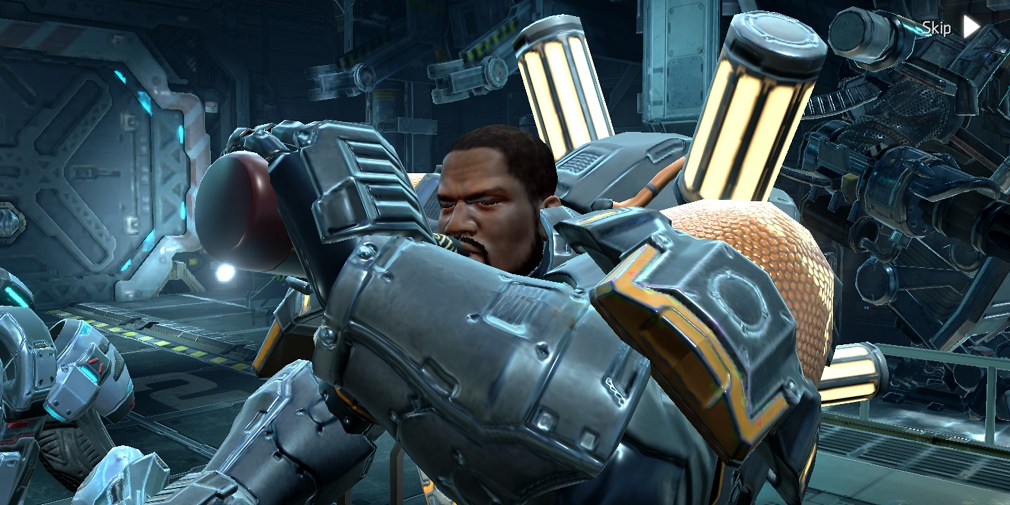 The three mercenaries are known as Scardy, Titan, and Rhea. I don't know why Rhea gets such a normal sounding name compared to everyone else, but good for her.

Essentially we have a standard DPS class, a tank, and a spellcaster of sorts, and their mobility and skills follow those basic principles. For example, each character has a very different dodge, with Scardy having a basic, short dodge, Rhea sporting a massive teleport, and Titan not being able to dodge at all, instead having a damage-absorbing shield.

If you're new to the game, stick to Scardy, and use the other two in more simple, basic missions to get used to their abilities. Rhea is very good when it comes to taking enemies down at a distance, while Titan is useful for defense missions where he can stay stationary and wipe out hordes of foes.

Scardy has fast shooting weapons and a decent number of abilities which can bring down the damage, though his health isn't the highest.

It's all about small, significant movements with Scardy. Dodge out of the path of enemy attacks narrowly, and take time to consider what moves could be thrown your way next.

Scardy is a useful character for beginners and should definitely be used when you first start out, though when it comes to tougher stages and bigger bosses, you might want to think about switching.

Big health bars, big defense, big swings of an axe. Titan is a beast, but you have to be careful to not let him get overrun.

On stages where you're defending a point or bringing droids to life, Titan is excellent, while on some bosses where you're continually dodging enemy attacks, he's tough to use.

Plus, he's slow, and his lack of a dodge means it's difficult to get moving when in a tough spot, leading to deaths of anyone not prepared to handle him.

Rhea is mobile and powerful, but with low defense and HP, she can be tough to use.

The most important and useful move by far is her massive teleport, which is almost three times the length of Scardy's, making it simple to get out of the way of incoming fire, but it can't be used quite as often. Just make sure not to teleport into a group of enemies.

She can also slow enemies down or freeze them in place, which is great for dealing with melee attackers, but not so helpful when the enemies are attacking from a distance.