Dominate the streets, one beat at a time

Giant Dancing Plushies is unlike any other mobile game you've played before. Yes, the game is exactly what you already think it is. You play as a huge teddy bear who dances in the streets of cities, starting with New York. Your goal is to dance to the beat as you make your way down the street.

You'll not only be dancing, but you'll also need to destroy enemy vehicles along the way. In hilarious fashion, they arrive in groups in a panicky way since they fear your epic dance moves. You'll be able to collect some nice rewards which will also net you some XP to unlock more goodies.

The game's graphics and colors are beautiful and the music will make you want to bop your head while managing to be relaxing at the same time. Giant Dancing Plushies is awesome, and there's a reason why it's one of our highest-rated games of the year so far. Here are some basic tips to get you grooving. 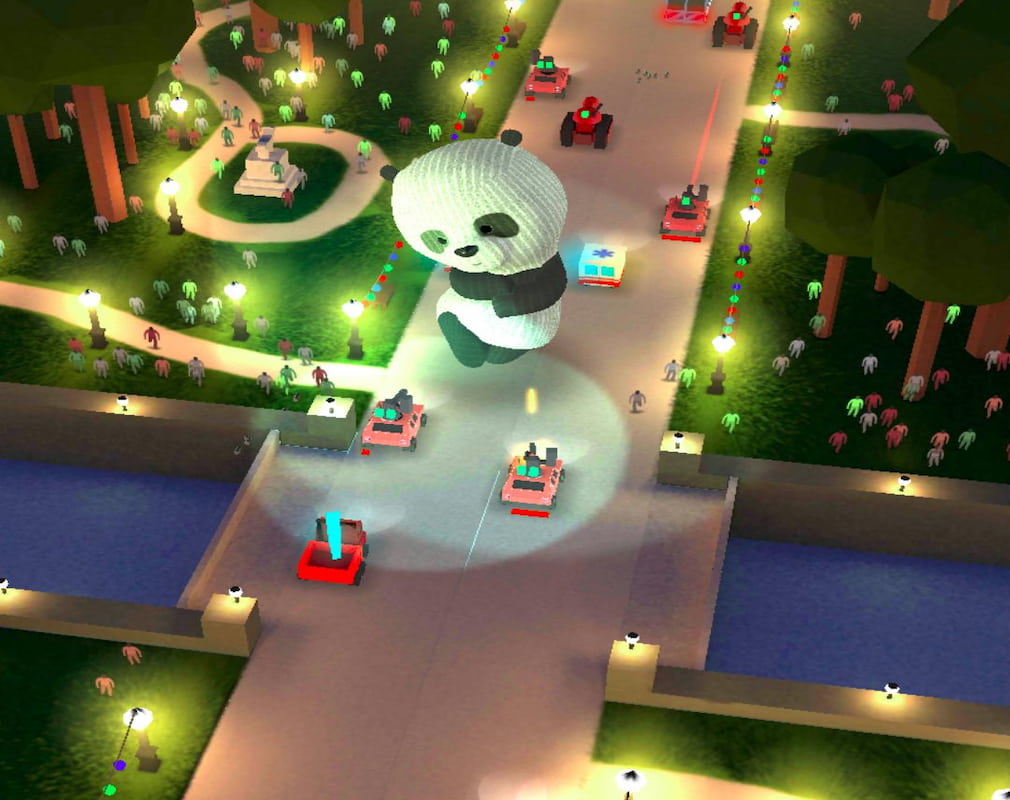 The juice of the gameplay in Giant Dancing Plushies is about stepping to the beat of the song that's playing. The music in the game is really good and has plenty of aspects to the beats that'll make you get to stepping with your oversized teddy bear.

It can be a bit tricky at first to get those perfect scores, but you can just practice as you go. Take your time and work on moving forward and side to side. Follow the footprints that are there as well. do this and you'll be in great shape as you progress.

It's pretty similar in some ways to classic music games like Guitar Hero or Rock Band. The only difference is, you're moving down a street with obstacles, versus just hitting the prompts you see on the screen. Once you start getting comfortable with the controls, you might see yourself dancing while you play (just know that you'll get some awkward looks if you're in public).

Make Sure to Get in Those Upgrades

As with many mobile games, you can get some upgrades in Giant Dancing Plushies. You can earn these upgrades by playing through the game and collecting items. Grabbing a certain number of different items will allow you to improve your plushie.

Among other things, you can unlock some fresh and funky new dances. This helps make the game more fun and gives you some new options to work with. You can also upgrade the health of your plushie, as enemy vehicles will try and take you out.

This is very important because, well, you want to survive longer I assume. You won't have much problem early on, but if you don't upgrade, it can make things trickier. Sometimes, it can be easy to bypass upgrades, so just keep that in mind as you dance your way up the progression bar.

Giant Dancing Plushies is more than just purely dancing as we've talked about. You will need to attack enemies in the streets as well. They'll see you as a threat and start shooting away at you. Along the way, there will be civilians driving down the road as well. Avoid them.

You'll get penalized for hitting them, and besides, why would you do such a thing, right? So this makes things a bit more challenging since you need to watch for the turreted vehicles and the people of the cities. Yes, the folks in the tanks should've told folks to stay clear of the road but I guess they're too busy thinking about you versus the people. Shame on them.

But, let this be a reminder that, while you're boogying like the big, dancing bundle of cuteness that you are, you'll need to put your agility to the test and juke your way to victory as much as dance. Also, remember that crushing the tanks will net you small items which in turn will give you some sweet rewards.