Dance and Dominate The Night Away

Giant Dancing Plushies is a dancing game that's unlike any other you've seen or played before. It's a premium game that is all about what the name says it's about. You control some oversized stuffed animals who dance through the streets of cities.

Marching to the beat of some smooth dance music, you need to navigate your way to the end and avoid getting out of rhythm. You'll also need to watch out for turreted vehicles, as these see you as a threat, so you can dance over them in hilarious fashion to destroy them. Destroying these cars will sometimes net you rewards.

It's a game with some lovely colors and graphics and is also one of Pocket Gamer's highest-rated games this year so far on mobile. It's a fun, clean experience with no ads and the music is great as well. Here, we'll tell you a few things you should know about the cuddly dancing game.

It's More Than Just Dancing 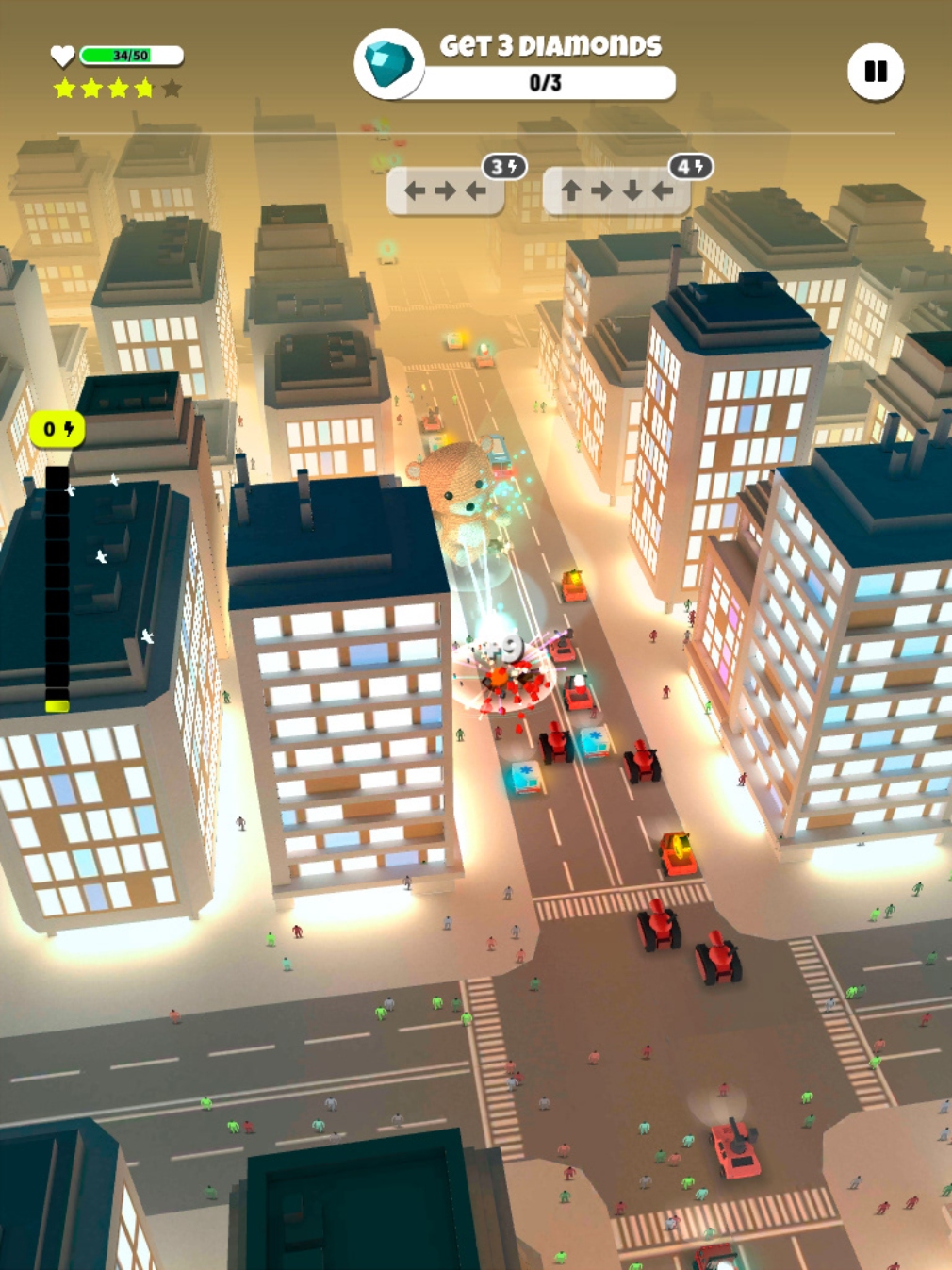 With most music/dance-based games such as Rock Band, the focus is just that; music and dancing. In Giant Dancing Plushies, it goes further beyond that. As we kind of mentioned, you'll be dancing through the streets of cities while being in rhythm with the beat.

However, you aren't just dancing through the streets like a parade. Instead, you're boogying while also avoiding enemy vehicles and keeping your health intact. Yes, there is a health meter in this game. Enemies have turrets on their vehicles and will see you as a threat, no matter how cute and cuddly you look.

So essentially, you'll be doing a bit of double duty, getting your boogie on while you dominate your foes. These enemy vehicles also carry items such as coins and small candies. Collecting these will allow you to earn rewards and get some upgrades for your plushie. You'll also earn XP which will net you even more rewards. Games are always better when they're rewarding, aren't they?

You Can Use Your Own Music

It's always cool when you get the chance to personalize your video game experience. In Giant Dancing Plushies, you can do that. Once you reach a certain amount of XP, you will be able to use your own music to be played during your rounds.

So, if that playlist is building up on your iPhone, you can use whatever song you please. Then you'd be able to dance to the beat of your own tracks, which is pretty cool. The game will adjust accordingly. And it's great that it's a reward, so it gives you something to strive for.

With that said, the music in the game itself is terrific in its own right, so you can definitely see yourself switching back and forth between the game's music and your own. But this is a unique way to help you get a fresh experience every time you fire up the game.

An interesting aspect of Giant Dancing Plushies is that many things start off locked, like in the classic games back in the day. This is something that old-school gamers can certainly appreciate. One of the other things that are locked is game modes.

The mode that you begin with is called Instant Dance. The two other modes are Gold Rush and SuperCharged which can be unlocked with XP as with some other rewards. This obviously helps expand your GDP gaming experience, giving you options.

You'll also be rewarded for playing in these modes as well. One thing we talked about is how a game is that much more fun when you're getting rewarded for your efforts. Even without them, the game is still fun, but when there is something to earn, it makes things more intriguing.