Gate of Nightmares, the highly anticipated RPG, is out now in Japan

Finally, the long-awaited RPG, Gate of Nightmares by Square Enix and Fairy Tail creator, has launched in Japan.

What is Gate of Nightmares, and what's so special about it? Initially, the game’s announcement was made back in April 2021 by Square Enix. It's an action-adventure RPG . The special thing here is that Hiro Mashima, the famous manga artist who made popular anime series like Fairy Tail, Rave Master, and Eden Zero, also worked on it. Some in-game characters have very similar looks or features to the anime series Fairy Tail.

Gate of Nightmares follows the story of two fantasy worlds, Wistaria, a world of swords and magic, and Remrias, which embodies people's dreams. In this fantasy world, monsters are born from nightmares. There is a strange girl called Emma who is the ruler of these monsters. These monsters are called Nightmares, and the girl is known as a Nightwalker. On one faithful day, Emma meets a boy named Azel. But no matter how romantic it might sound, this meeting turns out to be the starting point of a thrilling, adventurous journey. 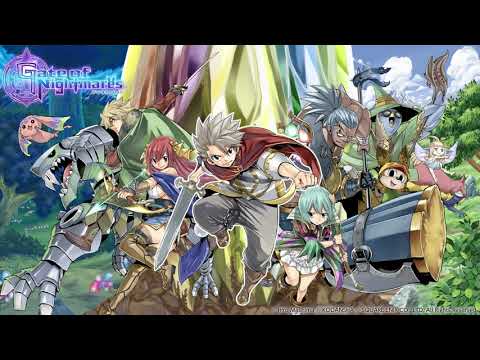 Gate of Nightmares is finally here!

Gate of Nightmares is out now exclusively in Japan. It is an RPG featuring 3D gameplay. Not only that, but it also offers gacha features.

You can make a team of three and use them all together. Here every character has their own story. Gate of Nightmares features an auto-battle mode, which confused players, and some were rather unhappy with it. But it's up to you if you want to choose to use the auto-battle mode (where you still have to manage it a little manually) or manual mode. It also provides a full auto mode for VIPs, meaning you have to pay for the privilege.

There's no information about its global release just yet. Japanese players can try it themselves by downloading it from Google Play or the App Store. You can also check out their official site for more information.

Interested in RPGs? Check out our list of the Top 25 best RPGs for Android phones and tablets.
Next Up :
LifeAfter’s Season 4: 2nd Outbreak is launching next month for Android and iOS