It's tricky reviewing (or re-reviewing) games that created such dramatic swells of emotion so very long ago. You can't possibly go into them fresh and bias free.

That's the situation most reviewers face going into Super Mario 3D All-Stars, which collects together Mario's first three 3D adventures and sharpens them up for Switch.

With neutrality out of the window, I will simply lay my cards on the table. I was stubbornly resistant to Super Mario 64's charms back in the day out of some misplaced sense of 2D purism. But I loved Super Mario Sunshine, naysayers be damned. And Super Mario Galaxy has remained, to my mind, the best 3D Mario game of all time.

Some of these old views have been challenged by playing Nintendo's compilation, but most have been strengthened. This is truly timeless stuff, and it makes for essential playing if you've never played any of them before.

Nintendo pretty much wrote the rulebook on third person 3D control with 1996's Super Mario 64 for the N64. It's a formula that has only really been tweaked over the decades, because Nintendo largely aced it first time.

Mario still controls beautifully, moving with a sense of free-wheeling momentum that feels both empowering and a little bit dangerous. His remarkably full and nuanced move set lets you move faster and jump higher than feels prudent at times. 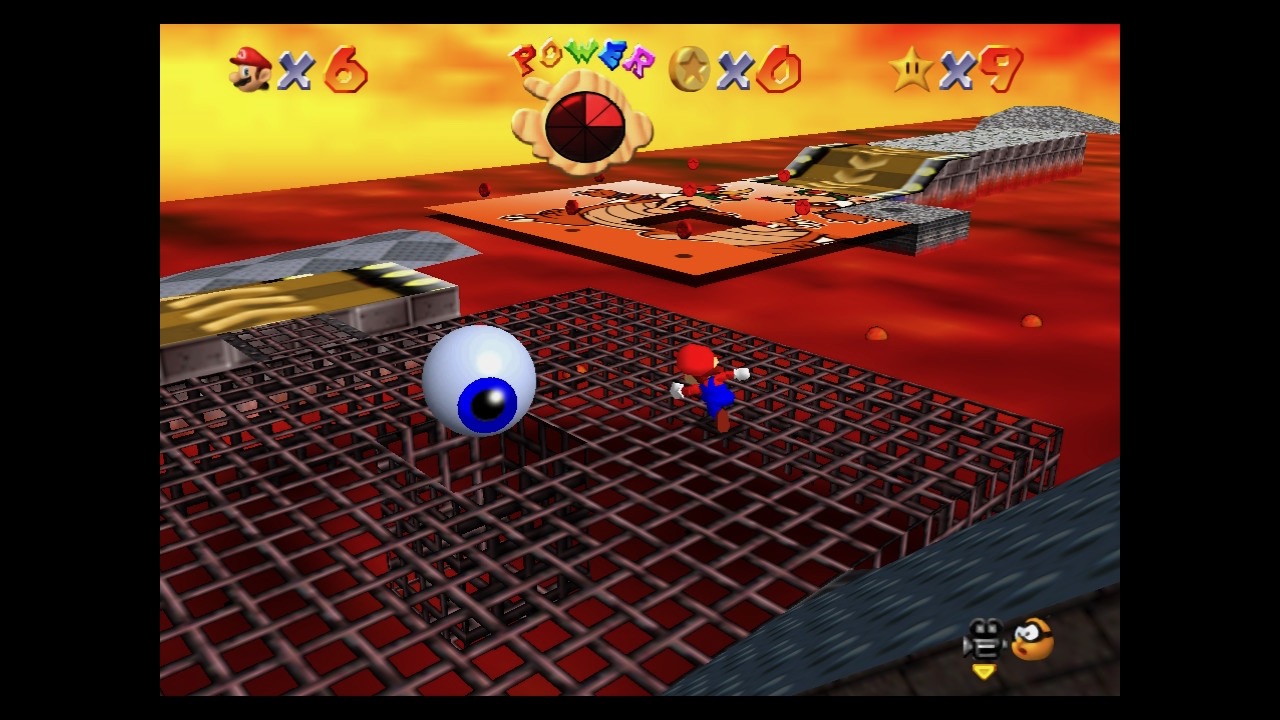 Techniques like the standing backwards somersault, the long jump, and the almighty triple jump can be employed to almost game breaking effect. Nintendo's equally inspired level design serves to reign in those giddy leaps and bounds, and to focus them towards conquering a series of tricky climbs.

Super Mario 64 undoubtedly looks a little rough these days, with simplistic textures, angled polygons, and thick black borders. I missed some of those little interstitial animations that have smoothed off the 3D platforming edges over years, too. But with apologies to my teenage self, it plays really well. Still.

I can kind of see why in the cold light of 2020. With its sunnily samey tropical island theme, fresh cast of characters, and central F.L.U.D.D. water-jet gimmick, it feels more like a side story than the Super Mario 128 many had hoped for. 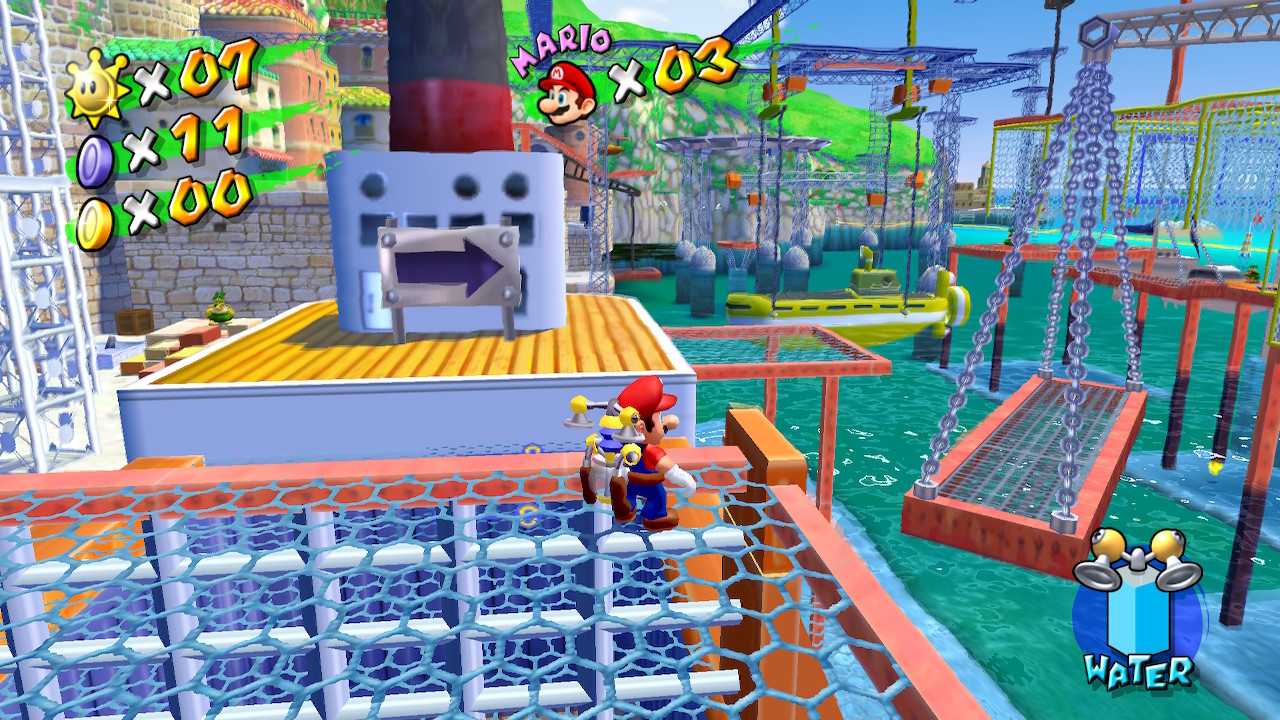 But boy, is it beautiful. Here in full 1080p, Isle Delfino and its many satellites provide one of the most inviting and cohesive environments on Switch. It's just such a happy place to spend time in.

Some have balked at Super Mario 3D All-Stars's premium pricing. But I'd say that Super Mario Galaxy is worth the price of admission alone if you've never had the chance to play it before.

It's comfortably the best and most complete game here, and also the best looking. Nintendo's 1080p upscaling work, in conjunction with an evened out 60fps frame rate, make it feel like a modern Switch game. 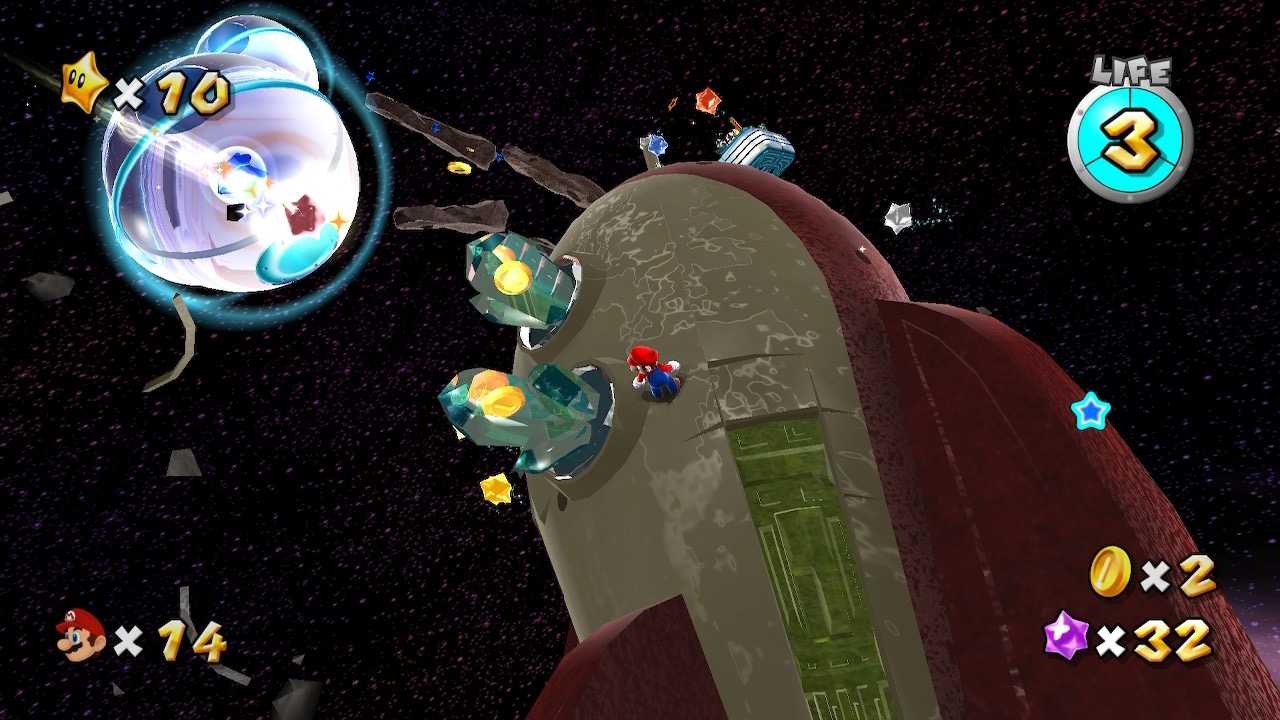 What's funny is that Super Mario Galaxy is even more of a weird diversion than Super Mario Sunshine before it. Here Mario is sent into space, where he finds himself hopping between individual planetoids with their own crazy micro-gravity systems.

Nintendo spins this concept out in multiple directions, leading to way more thematic variety than Sunshine. Yet it all somehow coheres into a satisfying whole. It's wonderful.

We've touched upon it already, but we should probably run through the technical quality of these conversions. To be brutally honest, Nintendo has been a little lazy. 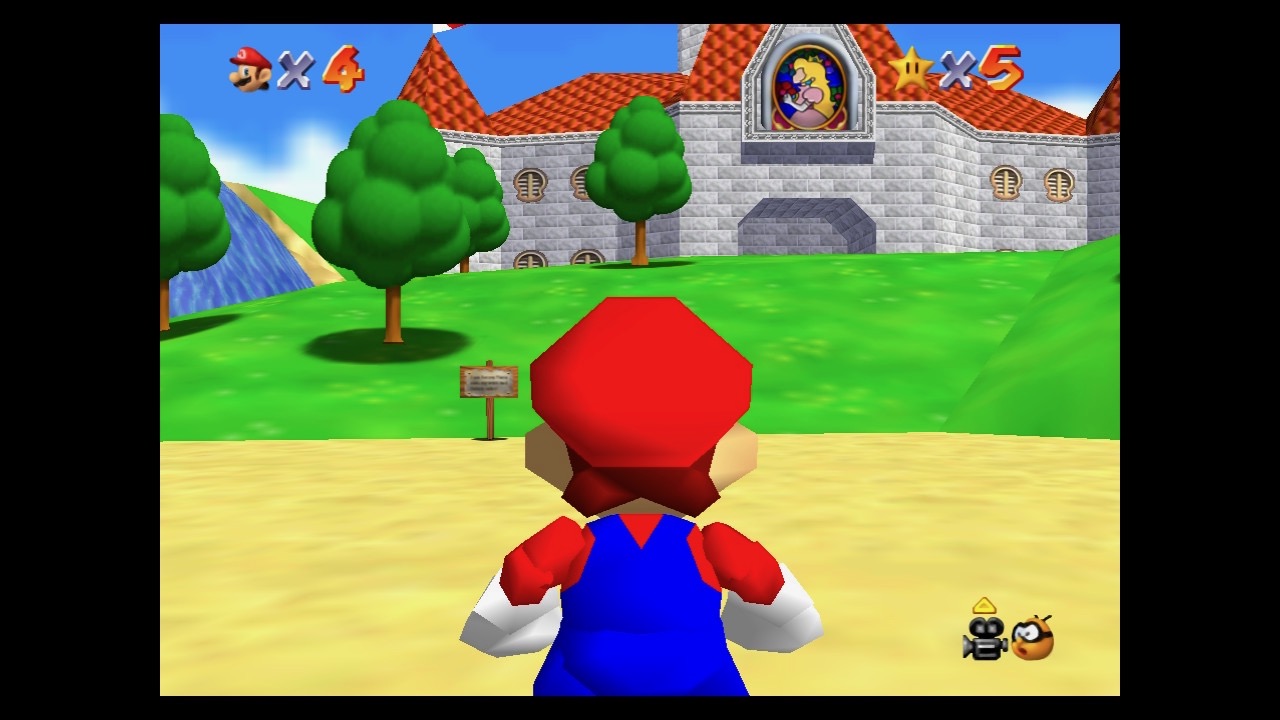 Super Mario Sunshine has been bumped to 1080p and also to a 16:9 aspect ratio, which means you can see more of your tropical surroundings. But it's still stuck at 30fps. Super Mario Galaxy is the full 1080p and 60fps, which makes me very happy inside.

There are compromises with controls when it comes to Super Mario Sunshine and Super Mario Galaxy, however. The former obviously lacks the analogue triggers of the GameCube, but the two-button solution works well enough.

Super Mario Galaxy partially removes the waggly motion control issue of its own host platform by assigning the spin attack to a button. But you still need to use motion detection to hoover up the star bits currency and (annoyingly) make menu selections. And in handheld you need to use the touchscreen, which proves awkward.

These aren't perfect conversions of Nintendo's early 3D platformer triumphs. But the quality of the original work shines through undimmed.

In Super Mario Galaxy you have one of the best games Nintendo has ever made, presented in pristine form - barring a couple of control niggles. And Super Mario Sunshine remains a sunny holiday of a game, albeit the kind you have to do a bit of work on.

Even the oldest game in the package, Super Mario 64, remains highly playable today if you can get on board with its rudimentary visuals.

The three games that constitute Super Mario 3D All-Stars shine like a Power Star in 2020. Even with a bare minimum of sharpening up, they're brilliant games that are more than ready for a modern audience. Super Mario Galaxy, in particular, remains possibly the definitive 3D Mario game.
Next Up :
Hundred Days review - "A success for the management genre"