There are some games that are so clearly suited for mobile that when they launch on the platform, you're surprised that they weren't already on there.

Game Dev Tycoon is one such game. And while it's been five years since it first launched on PC, it still holds up today.

A remarkably addictive simulation game full of clever writing and genuine suspense, it may have taken its time coming to mobile, but it was absolutely worth the wait.

Game Dev Tycoon kicks off with you starting up your one-person game development studio in your basement, with naught but a computer and a head full of ideas.

Creating games is thankfully a lot easier than in real life - you open a menu, hit a few buttons to choose your topic, genre, and platform, and then adjust some sliders as development goes on to decide where your main efforts go. 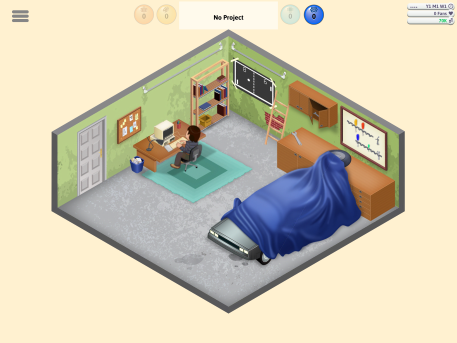 Once your game is done and shipped, the reviews come in, a bar on the right of the screen shows how much it's selling, and you get to work on the next title.

It's a pretty simple gameplay loop, and one that doesn't change much even when new things like research projects and contract work are thrown in.

But the real game is everything surrounding the central mechanic - you need to watch market trends, research new topics, update your game engines, hire staff, and much more

It moves at breakneck speed, so it never feels like a slog. Without much room to breathe every decision becomes life or death, and it can be very challenging.

You'll staff up too quickly before releasing a bum game and losing a ton of money. You'll think you've hit on a great idea, only for the reviews to burn you. You'll go bankrupt again, and again, and again. 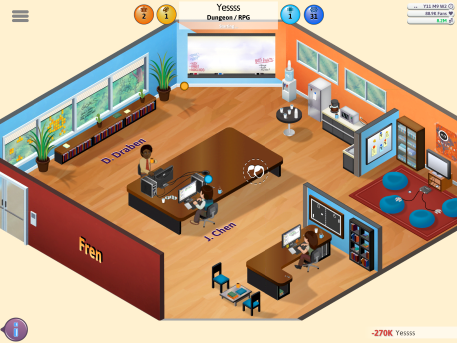 Thankfully, the game lets you carry over what you learn through your failures - which genres go with which topics, and so on - so there's plenty of incentive to go back and try again.

And there's a few neat mobile-only features too, like the ability to livestream as you play, and an added "pirate" mode, a cheeky nod to the game's original anti-piracy tactic of having you fend off against people pirating your game and driving you out of business.

There are some things missing, too. Reviews are noticeably shorter, and lose some of their charm, and the touch controls are occasionally a bit slow to register.

But for the most part, Game Dev Tycoon remains the phenomenal game it always was. You'll sit down to play for just a few minutes, and lose hours instead.

Its core gameplay and presentation is simple, but it's so engaging that you'll celebrate every success and despair over every failure.

If you've played Game Dev Tycoon before, it's much the same as it always was, and it's made the leap to mobile successfully. If you've never played it, now is the time.

Game Dev Tycoon may be five years old, but it's still every bit as good as it was when it first launched on PC
Next Up :
Pawnbarian review - "A minimalist roguelike that's hard to put down'"