Shoot and stack your way to the top

Shmups are hard enough as it is - you need to balance killing everything on screen with the even harder goal of not being killed by thousands of bullets coming at you. But what if it was also a Tetris-esque puzzle game? Yeah. Now we're talking.

Galaxy Stack is just that - a puzzle/shmup hybrid published by Crescent Moon Games and releasing on January 16th. You'll be blasting away at alien ships as they fall from the sky, and making sure you kill them in the right place so they all stack on top of each other. Oh, and avoid getting shot while all that's going on.

It sounds ridiculous, and it looks like it could actually be quite good fun. Plus, it's being developed by one guy, the 17-year-old Ian Crail, which honestly makes it even more impressive. Check the trailer below for more. 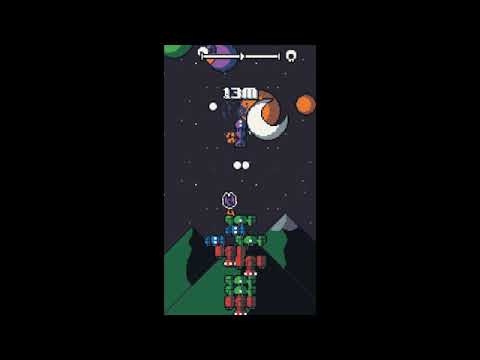 How exactly that whole gameplay twist is going to balance further down the line, I don't know. But I for one am very excited to find out - as well as see how long it takes before I want to smash my phone in frustration from losing over and over again.

Plus there's plenty to dig into no matter how hard it gets. You'll have five different ships to pilot and four boss enemies to contend with, so you'll still have some variety even when you're getting blown to smithereens.

Are you interested in this shmup/puzzle hybrid? Think it looks like the right balance of fun and frustration, or it just looks too darn hard? Sound off in the comments below.