The adventure you've been waiting for

Galaxy on Fire 3 - Manticore got a huge update this week that should draw fans back to the game. The Wayfarer Update introduces a full story mode, originally found only on the Nintendo Switch. It’s a premium version of the game that gives you full access once you pay the £13.99 price tag as an in-app purchase. 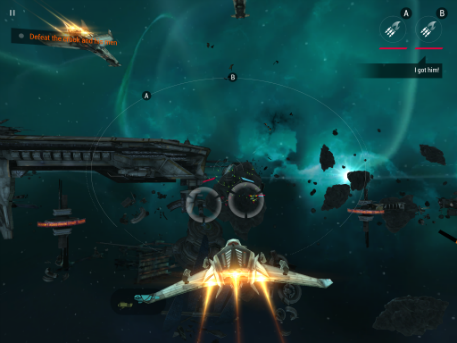 This change should assuage fans who thought the iOS version of Galaxy on Fire 3 was lacking a bit in things that defined the series. The new campaign runs about eight hours and boasts 35 different locales for your intergalactic battles. There are also five new bosses sprinkled in, along with a special space station mission.

Galaxy on Fire is one of the most enduring sci-fi series on mobile, and has become something of a classic as the years have gone by. It’s a space-faring dog fighter, but layers in some excellent exploration systems and intricate stories to really set it apart.