iOS + Android
| Full Metal Jackpot
Welcome to the latest in our series of Pocket Gamer columns. We're taking the best games writers in the industry and giving them a platform. Veteran journalist Jon Jordan is here each week examining the trends shaping your mobile games scene. This week, a new game reminds him of things past.

Like the proverbial frog in the slowly heating pan of water, sometimes you have to jump out and in again to get the real feeling of what's changed.

At least that was my first thought when playing Full Metal Jackpot, the new game from US outfit Spacetime Studios.

Back in 2010, it was one of the most ambitious mobile game developers. Taking its experience in making PC MMOGs, it released Pocket Legends, the first freemium mobile online game. That may not seem like much now, but at the time, it was symbolic that mobile games were growing up, and fast.

Spacetime followed up this initial success with variations including the sci-fi-themed Star Legends, the vampire-themed Dark Legends, and more fantasy with Arcane Legends, before experimenting less successfully with strategy games. But, in my mind at least, it's always associated with big, serious game projects.

Still in beta - you can get it through Google Play as an Unreleased build or by requesting an iOS testflight build through the forum. 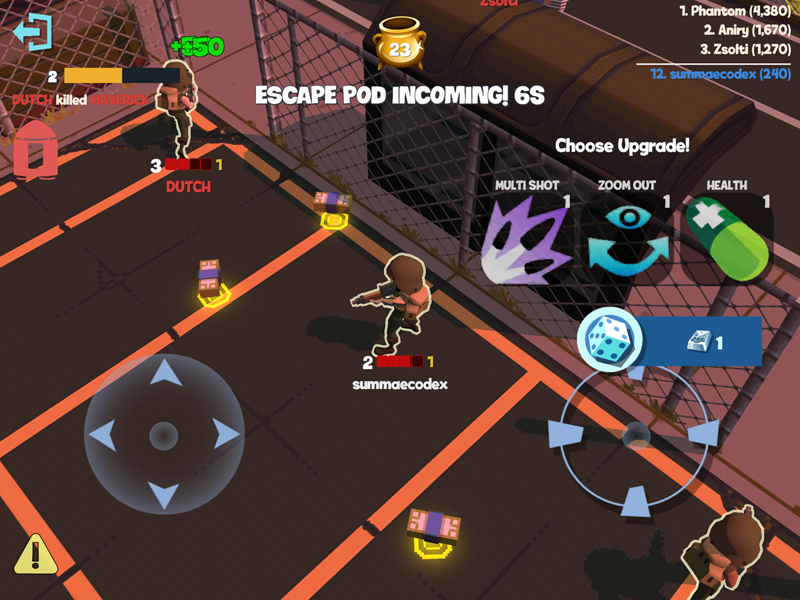 Neatly, the topdown twin stick shooter is 'always on', so you just jump into a random level and start firing.

More tactically, you need to run around collecting cash, so you can power up your weapons, and health packs to stop dying. When you do die, you just pay some currency and respawn. This sort of activity levels up your in-game character but this status is a temporarily in-session-only level.

And then the Escape Pod arrives. Effectively the bookend or 'Winner, Winner, Chicken Dinner' moment of each session, this enables the player who can defend that position on the map to exit with all the loot they've collected.

Loot is used in the usual way to add cosmetic items to your avatar, while the in-game achievements feed into more in-game currency. There's the usual soft and hard currency and - post-Fortnite - the now de rigeur Season Pass.

From my limited time in-game, it's a super lightweight, fast and highly enjoyable experience. And about as far away from Spacetime's 2010 debut as you could get.

And that's progress. For me, the current trend of bringing non-mobile games (often PC) to mobile isn't one that will work for the vast majority of developers. 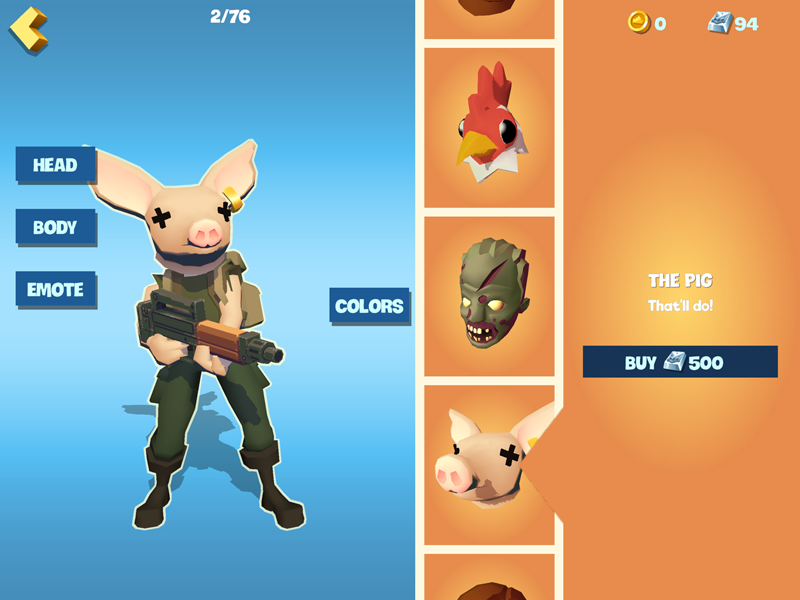 Sure, if you've got access to industry-leading IP like Fortnite, Lineage or PUBG, slapping something onto an app store and sitting back to count the downloads is a great strategy.

But, in the long term, the games that are successful on mobile are the ones that take the best gaming experiences and make them sing in a mobile setting - accessible, short sessions, great UX - and that's what Full Metal Jackpot does.

Not that I'm suggesting it's going to be the next big thing. There are plenty of improvements to be made to the game and thought given to how such a product could find the massive audience it would need to be commercially successful.

But it's attempting to do the right things required for success on mobile, which despite its low key profile is something Spacetime Studios has always attempted to do, even as the water temperature increases to boiling.

If this column has given you food for thought, share your comments below and bookmark Jon Jordan's page for more of the same next Monday. Remember to also check out words of wisdom and mirth from experienced games journalists Susan Arendt and Harry Slater each week.
Next Up :
Dragon City Interview: Socialpoint’s Lead Game Designer discusses its flagship title’s LiveOps and continued popularity