A date for your space diary

On the big list of games we really want to play on our iPads, FTL has been somewhere near the top ever since it was first rumoured to be heading to Apple's tablets.

And now Subset Games has revealed that FTL: Advanced Edition will be swirling its way onto the App Store on April 3rd.

That's less than a week away. We're all squeeing with barely concealed childish excitement.

The game is a deep space roguelike adventure that sees you piloting a spaceship through the cosmos, adding bits on, engaging with alien life forms, and generally trying not to die from some terrible space calamity. 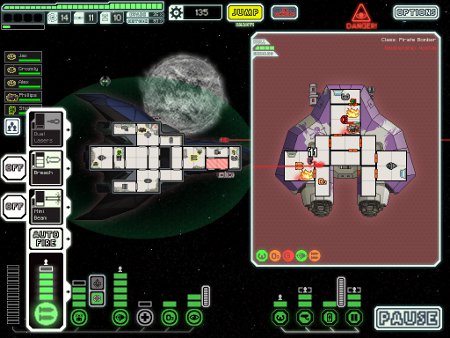 According to Subset, the game's price tag (£6.99 / $9.99) reflects the fact "that the iPad version is a true equivalent to the PC in the experience it provides, which is why we are price matching to the PC version".

FTL: Advanced Edition will feature the core FTL experience AND all the new content that's going live in the PC version on the same day. That's a lot of fun bundled into a single app.

If you can't wait until Thursday for some more FTL goodness, point your eyes towards the gallery at the top of this page. There, you'll find a colossal amount of screenshots over which to lust.