Heading to iPad and Android tablets next month

As you may or may not know, Mode 7 Games's cult PC strategy title Frozen Synapse is due to breach the App Store next month.

However, that's not the only good news we have for you.

You see, Mode 7 Games has just announced via Twitter that the turn-based tactical shooter will also be heading to Android tablets, with the app due to appear on Google Play around the same time as the iPad version surfaces on the App Store.

Strategy fans got a taste for Frozen Synapse when it debuted on PC back in 2011.

Rather than reacting to opponents in real time during the game, you must issue movement and attack commands to your squad, then sit back and watch as the turn plays out. 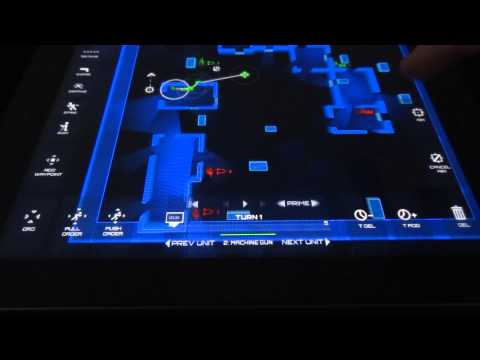 We were delighted to find out back in 2011 that Frozen Synapse was heading to iPad. Excitement levels then went through the roof here at Pocket Gamer Towers when the dev revealed that a PS Vita version was in the works, too.

Now we know that an Android build is on the way, we, quite frankly, don't know what to do with ourselves.

What's more, Mode 7 Games has confirmed that Frozen Synapse will boast support for cross-platform play between the PC, Mac, iOS, and Android versions.

Apparently, this cross-platform system is so seamless that you can even make one move on your PC, then use your Android tablet to make the next one.

Frozen Synapse will be available next month for iPad, with the Android tablet version arriving "close to the launch" of the iOS app.
Next Up :
Hearthstone launches Fractured in Alterac Valley expansion with bonus rewards and a free legendary card of your choice