Taking a much-loved indie hit and re-working it for a new platform must be very challenging for a games studio.

Taking a strategy game built for home computers and re-working it for handhelds must be equally tough.

Doing both? That sounds like a nightmare to me, but it's exactly what Mode 7 and Double Eleven are doing with Frozen Synapse: Tactics.

I caught up with Gareth Wright (design manager) and Demi Gounari (production manager and character art director) from Double Eleven to talk about the team's upcoming Vita title.

They give me a brief rundown of the series, tell me what's new about the Vita version, and explain in great detail the reasoning behind the new visual style. Plus, they reveal all about the multiplayer, enhanced controls, and much more.

If that wasn't enough, we've got some brand-new footage of Frozen Synapse: Tactics that you won't find anywhere else in the world. We spoil you, don't we?

So, have a quick watch of the video below, and then get the full lowdown on the game in the interview underneath that. Now. 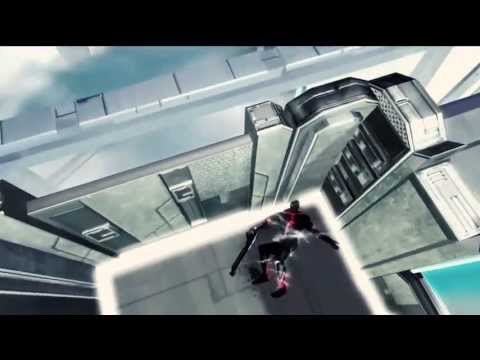 Subscribe to Pocket Gamer on
Pocket Gamer: For those that haven't played a Frozen Synapse game on iPad or PC, what is the series all about?

The campaign takes place across a huge amount of unique, ranked missions where players negotiate security, infiltrate government strongholds, and rescue hostages as they fight to overthrow a powerful corporation controlling the city of Markov Geist.

Within each turn, you and your opponent give orders to a squad of units; test the moves out; and submit the plan. The resulting outcome of both squads' plans is then played out, with units reacting and engaging accordingly.

Frozen Synapse: Tactics inspires players to anticipate and deceive their opponent; develop their own strategies to complete objectives; and utilise the environment and the strengths of their team.

For example, a sniper will take a little longer to lock on a shot but is deadly accurate. Shotgunners are quick and devastating at close range but are weaker against units at a distance. Grenadiers can bounce grenades around corners and through windows, while rocket launchers can blow holes in walls to leave enemies vulnerable.

Each unit's accuracy, reactions, and combat efficiency is affected by certain factors: whether it is running, walking, or crouching; how much cover it has; where it is aiming; and more.

What's new in Frozen Synapse: Tactics in relation to previous entries in the series?

GW: We designed it with pick-up-and-play immediacy in mind while retaining everything that made the original so cool. We wanted to make Frozen Synapse appeal to a broader audience and be enjoyed by new players as well as existing fans.

We've spent many months perfecting the gameplay. Through focus testing, we refined all areas of the game's commands and controls without losing any of the deep strategy loved by the core Frozen Synapse fanbase.

A key philosophy for us with Frozen Synapse: Tactics was to ensure we did as much as possible to better guide new players. As a result, additional unique unit commands, new immersive tutorials, an optional hints system, refined combat, customisable OSD, and much more are all present here.

We've also re-tweaked the campaign's difficulty curve, and introduced a difficulty setting for those who want to nudge the challenge to the desired level.

Kill Cams are unique to Frozen Synapse: Tactics, too. We really wanted to embrace the fact that no two encounters or firefights are ever the same, and showcase this action in a cinematic way that makes full use of our detailed environments, mo-capped characters, 3D audio, and dynamic VFX.

Now, you can watch any previous kill from any turn in any match, relish a perfectly co-ordinated ambush, or discover what may have gone wrong to improve your tactics in the future.

If you want to watch your or your friends' previous matches, you can do so on Vita via the Replay Theatre area. The Top Matches channel cleverly highlights the best online matches, biggest comebacks, and high-ranking player confrontations.

Players can also store and manage matches within their Favourites channel, allowing you to treasure those epic battles for as long as you want. For those seeking tips and tricks in a specific mode, a range of advanced search options also exist, as well as the ability to send the unique five-character match code to a friend.

The visual design has been changed for this new Frozen Synapse game. Can you explain the changes in some detail, and why you decided to make these changes?

Demi Gounari [DG]: We worked closely with Mode 7 to create a visual style that exemplifies its vision. The Frozen Synapse world is an immersive virtual reality space. It's dreamlike and ghostly.

The setting has an ethereal quality to it, with hints of reality mixed with a dynamically created battleground (reminiscent of the original's neon details and striking weapon effects).

The Vatform (the playable character) was central to this re-imagining. Our character is visually striking and recognisable as the executioner force of the strategist choices. We intentionally designed a menacing creature in stark contrast to the human characters to intensify the sense of consequence of the player's actions.

Masks are central to the Frozen Synapse design. Characters wear these to enter the Shape (the virtual world), for example. The masks are inspired by the Greco-Roman death masks, and signify the otherworldly nature of the Shape.

We've overhauled the campaign characters and unit classes visually. We did this in part to showcase our new fully motion captured cast. We also did it to emphasise their presence and personality.

With the detailed environments, character models, and procedurally generated geometry, we can do so much more with the camera. Replays take on a much more cinematic feel, those Kill Cams enable players to watch intense firefights up close, and creating complex plans around the level is easier than ever.

How have you adapted the Frozen Synapse play for the Vita?

GW: Using touch is intuitive and really enhances every aspect of gameplay. Players can move the camera, zoom, preview precise plans, edit those plans, design their own military-style tactics - all with user-friendly touch controls.

We really wanted to make the game our own, so we made some huge changes to the frontend and in-game UI. We gave it a complete visual makeover and redesigned the UI structure to meet the expectations of the current Vita audience.

We are trying to blend the much-loved strategy of the original title with a huge number of additional features and improvements for the modern generation of tactical gamers and shooter fans.

Multiplayer was a massive feature of the original game. How have you managed to redesign the various multiplayer modes for Sony's portable powerhouse?

GW: All the multiplayer modes from the original are present here, along with enhanced visuals and streamlined instructions. There are quick new ways to find and join multiplayer games, too. You can also track and make turns in your active matches very easily.

The new Active Matches UI enables players to constantly create, invite, and accept new matches, so you can have multiple asynchronous battles on the go at any one time.

We've integrated smart matchmaking into the multiplayer suite alongside a bespoke ranking system. Players are rewarded fairly based on the level of competition and new sub-objectives.

Your position, your friends' positions, and the highest-ranking gamers around the world are displayed on the global leaderboards.

In the matches themselves, on-screen indicators inform you of where your opponent is and what it is doing. You can also take advantage of voice chat during your matches.

We've also added in the ability to quick save and load up your favourite maps for use in multiplayer. Players will often join or randomly create a map, so it's now dead easy to save them into one of their slots.

The new Map Creation suite is pretty cool, too. You can customise everything from the amount of Cover to the number of doors and windows with full touch control integration and simple slider options.

Frozen Synapse: Tactics will be heading to PlayStation Vita "when it's ready". Stick with Pocket Gamer for more coverage of the game.
Next Up :
The benefits of accessible mobile games for the blind and visually impaired community