Friday the 13th: Killer Puzzle cheats and tips - Everything you need to kill everyone

How much do you love decapitation? Slicing up those in your wake with reckless abandon? Hell yeah, we all love that good stuff, which is we're deep into slicing people in Friday the 13th: Killer Puzzle.

Here you'll be sliding around Jason Voorhees himself as he slices his way through hoards of victims - and it's loads of fun. Which is why we've put together a bunch of tips that'll take you from haphazard manslaughter straight to cold blooded killer. I mean, sort of anyway.

Read on for all of the essential moves you need to know to slice your way through Friday the 13th: Killer Puzzle. 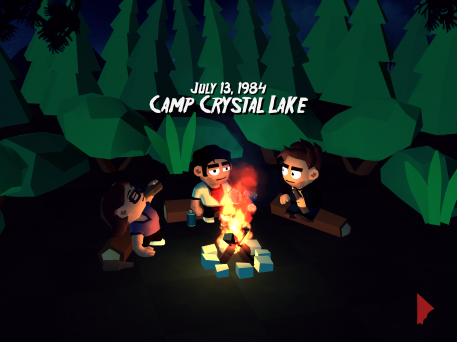 If you saw a big bloke with a weapon like Jason Voorhees, you would probably start running. And rightly so, the bloke kills anyone he seems to come into contact with - and this can help you control where your victims are positioned.

The most immediate benefit of this is pushing your victims into traps, such as fire pits, water, or whatever that can kill really. But more than this, you can use it to position your victims for more effective moves.

You always stand just in front of the square you victim was on when killing. With this in mind, funnelling victims into more convenient spots so you can get to absolutely everyone in every level becomes essential in many levels, and simply a benefit to others when you want to work fast.

The thing to remember about Jason's movement in this game is that flicking him in any direction makes him go aaaaaaaaall the way until he hits an enemy or an obstacle.

The issue with this is that he can slide right into the same traps you can push your victims into, and worse yet, it can make it incredibly awkward to get into the positions you need.

It's obvious really, but the design of the stage, hazards in it, and position of victims and police will indicate where you should be sliding to. Don't hesitate to test out a few methods, fail, and then use the back button in the bottom left corner to undo your turns. 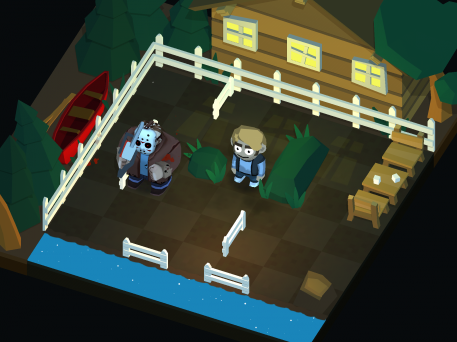 Traps for you and them

Seeing fire pits and bodies of water in a convenient position to push victims into is always far too tempting, but in certain puzzles and situations, that's exactly what you shouldn't do.

Often the game will give you an easy kill, only to make completing the level impossible as a result. Whoops! This is a good time for the undo button.

There are always other ways to kill, and as mentioned, the positioning of Jason and his victims will determine whether or not you will be able to complete the level. 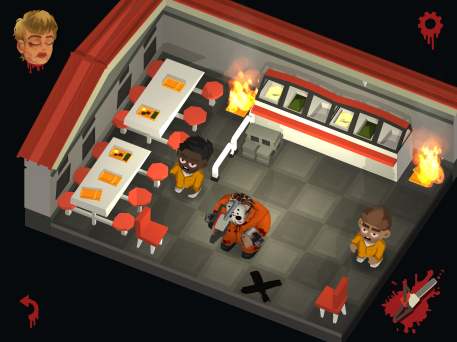 Your Bloodlust rank will increase with every level you complete, and ranking up will give you more weapons to kill with, but the biggest boon to Bloodlust is getting new weapons to strut around with.

But to get your Bloodlust up quick, you'll need to successfully stop a marker in a red "Killzone" on a sliding bar.

When the Killzone is near the edges of the bar it's pretty simple to hit, and in general, some patience and good timing will win the day, but if you miss, you don't get the kill, and your Bloodlust will be way smaller. You do also get prompted to watch ads in return for Bloodlust. 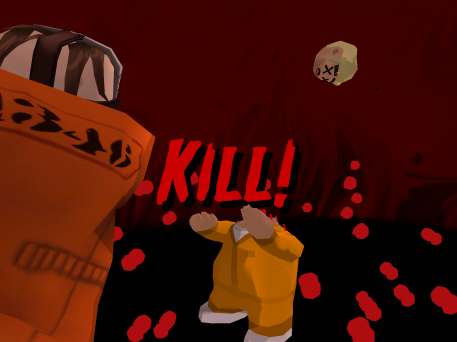 Certain levels will give you a set amount of moves in which to complete the stage. In these levels, everything you've learnt about the game - and most of the information in this guide - will be put to the test.

You're essentially looking for a perfect run with no mistakes, meaning that if you happen to flick Jason the wrong way, you're best off just hitting the undo button. If things are going really badly, just restart the stage.

Carefully analyse your goals and the stage layout and, with a bit of trial and error, you're sure to be on a mass murdering rampage.

Next Up :
What does Projectile Protection do in Minecraft?

Friday the 13th: Killer Puzzle is the next gory puzzler from 'Slayaway Camp' developer