When meandering along the aisles of Tesco, Safeway, Carrefour or wherever it is you happen to do your food shopping, there are few simple pleasures more satisfying than coming across a good two-for-one deal.

Yet, what could be better than two-for-one? Well, how about three-for-nothing?

The remarkably easy to use vconvert is a handy online tool for converting videos into formats that will work on your PSP, iPod or mobile (that's the 'three' part). Best of all, it doesn't cost a single penny (the 'for nothing' bit). 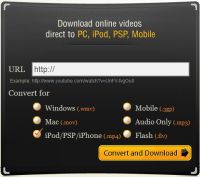 All you do is paste the URL of the YouTube video into the text box, press the 'convert' button and wait. Once the conversion is done, it is a simple matter of downloading the video and moving it via USB to your device of choice.

To test that it works, we snagged an episode of Ask a Ninja from YouTube for our PSP - it only took a couple of minutes to convert and played seamlessly.

It would appear that, so far, only YouTube videos are supported, but the site is still in its beta stage, so hopefully the likes of Veoh and Google Video will work with it in the future.

Moving on, then, we have previously eulogised the PSP's comic credentials, but we haven't explored the DS's comic reading skills quite so much. And we like balance, here on Pocket Gamer.

So we were pleased to find a bit of searching had turned up a pretty impressive homebrew tool from the chaps at Gnese. It's called ComicBookDS and, trust us, the coders put much more thought into the software than they did the name.

The site features some ready downloads (a comic called Heroes, something called Sanqua Horizons and a gaming magazine called The Player) for use with the software, which you can actually see in action below: 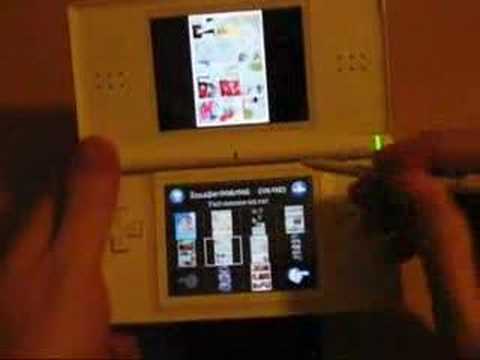