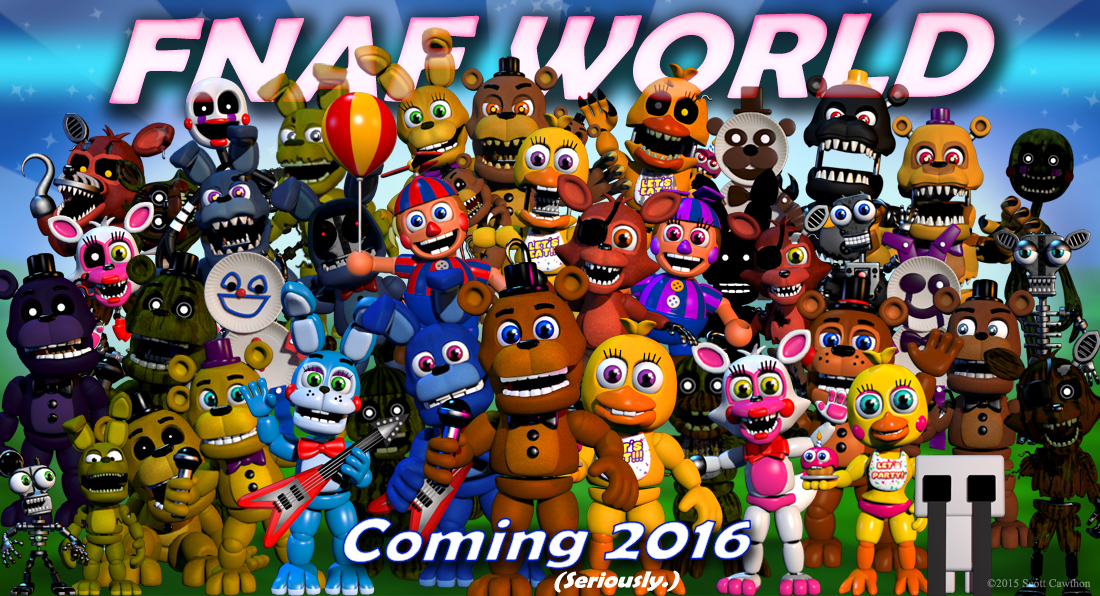 Scott Cawthon has updated his website with the above image of his upcoming RPG FNAF World.

As you can see, it displays a range of characters from the Five Nights At Freddy's games in what fans are calling their "toon" versions.

They're actually quite cute. How did we ever get scared by these animatronics?

The other significant detail is that Cawthon has put "Coming 2016" at the bottom of the image.

If it was anyone else we'd believe them. But Cawthon has betrayed his own release dates many times in the past. Hence he puts "Seriously" in brackets afterwards to show he really means it this time.

Alright then, Cawthon, we'll give you the benefit of the doubt. FNAF World won't be out until 2016, then. Okay.

Oh, and yes, if you don't know it's coming to iOS, Android, and PC. Cawthon confirmed that much before.