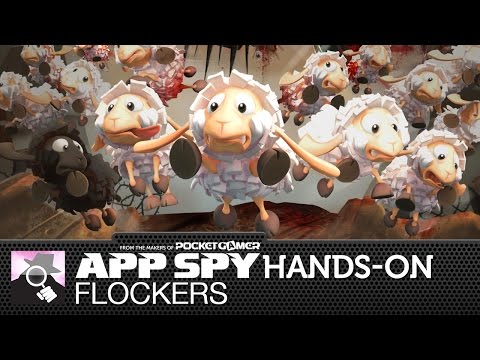 This game apparently stars the sheep from the Worms games, who are fed of being turned into explosives and are now desperately trying to escape the deadly weapons factory of that turn-based series.

Along the way you'll have to help them dodge crushers, buzz-saws, pits full of spikes, and swinging meat cleavers. And to do that, you command your flock to take on different actions so they can jump, dodge, climb, and explode their way to victory.