Happymagenta's next free to play twitchy action game is called Fist of Fury. It'll be out on September 23rd for iOS.

Fist of Fury is simple: you punch or you are punched. That's what the game is all about.

You stand in the middle of a four-way platform from which armed ninjas approach in every direction.

Ninjas move a square at a time towards you, and when one of them is a square away from you, you can swipe in that direction to punch them.

If you don't, they'll move in and punch you instead, which is Game Over.

The longer you survive the ninja onslaught the quicker they approach you. It gets very tough very quickly. 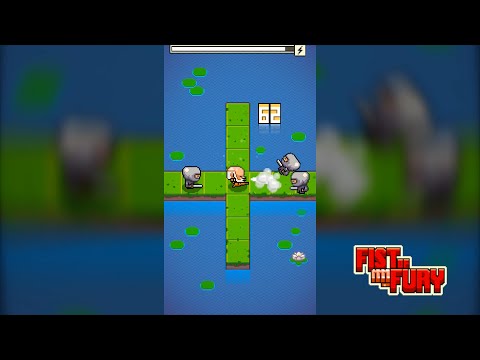 However, if you punch enough ninjas in a short amount of time you'll charge up your character's special attack. This clears all the ninjas from the screen, giving you a second to breathe.

You can unlock new playable characters in Fist of Fury by punching, say, 100 ninjas in one play session. It's harder than you expect.

As a free to play game, though, there is an option to purchase all the characters if you wish. You can also pay to remove ads.

Fist of Fury will be released for iOS for free on September 23rd.
Next Up :
Delete After Reading tasks you with saving a video game in a text-based adventure, coming to mobile on March 14th