Tabata spoke to IGN about the possibility of an original and main entry in the long-running RPG series coming to Vita (rather than spin-offs like Final Fantasy Agito or HD Remasters).

Unexpectedly, he said that if Final Fantasy did come to Vita, he would focus on multiplayer.

Speaking hypothetically, Tabata said he "would love to implement elements of co-op play and versus play, and have a Final Fantasy that has roots in allowing for people to play together."

More predictably, Tabata also said that he'd aim for the "best quality on a limited screen size and try to bring out the best in the device." 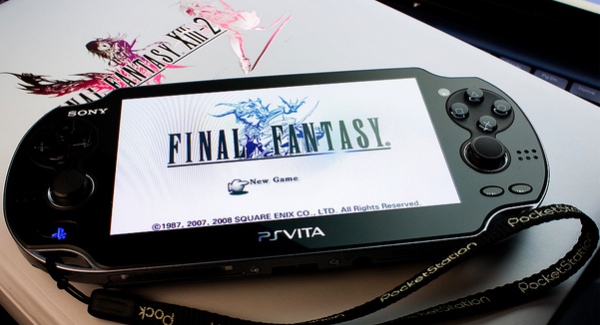 Tabata then said that if Final Fantasy on Vita was to ever happen it would take fan demand, "and if Square Enix is willing to stand by that demand and follow through."

Don't be too dismayed by that, though. As IGN notes, Tabata's Japan-only PSP game Final Fantasy Type-0 is being localized for a release on Xbox One and PS4 after fans demanded it.

So, perhaps, if you tell Square Enix enough times that you want a Final Fantasy game on Vita, well, maybe it will happen, too.