Valentine’s Day is just around the corner so Ateam Entertainment and Square Enix have a whole event planned to celebrate the day of love on their popular battle royale Final Fantasy VII: The First Soldier. Until February 16th, players can enjoy a number of in-game festivities and rewards alongside a sneak peek of the upcoming season.

The training field will be filled with an air of love where players will be able to take part in multiple special events. Soldiers can dress up in costumes decked with hearts and chocolates while they celebrate the season of love. The Moogle Emporium, Mog’s Trading Post, and the in-game item shop will all feature limited-time items like the Larcenist of Love skin, Chocobo Entertainer skin, the Heart Moogle Chocobo, emotes, banners, and more. These can be bought by trading in Gil earnt through challenge completion. 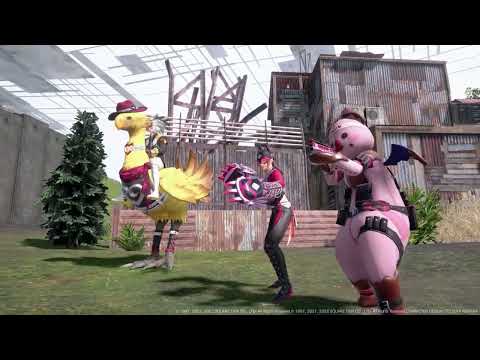 The spirit of love has also attracted a horde of Cactuars to the battleground and as a result, there is an increased number of them all over the map. Defeating these pointy creatures will reward players with data items that can be exchanged for collection skins, weapons Polestar, or the Buzzsaw Launcher. This scenario is only in unranked matches.

Square Enix recently held an online livestream where they revealed an upcoming crossover event between the battle royale and the original Final Fantasy VII to celebrate the latter’s 25th anniversary. Lastly, a trailer for the second season was also shown. It is called Dominate the Sky and is set to begin on February 28th. You can read all about it in our recent article.

Prepare to spread the love by downloading Final Fantasy VII: The First Soldier for free on the App Store and Google Play.

Also, check out the top battle royales to play on mobile!
Next Up :
Hextech Mayhem: A League of Legends Story is now part of the Netflix Games lineup