Final Fantasy VII: The First Soldier, a free-to-play mobile 75 player battle royale released in the latter half of last year, has announced the next season of content planned for the title. This season, entitled "Dominate The Sky", will be released on February 28th worldwide for both Android and iOS.

Alongside the updates that were discussed in the game’s first Letter from the Devs that included balance changes and bug fixes, Square Enix announced the new season and content that will be added. This content includes a new boss and summon; Bahamut, who will be recognizable to any fans of the series as this summon has been a long time staple. To further entice long time fans of the setting, a new style type based on the classic Dragoon class will be introduced along with a new Teleport materia and a new Flare Thrower weapon.

While these are the highlights of the season, even more additions are planned as well. Included with the updates that have already taken place and the new content on the way from the upcoming season will be a new private match feature to set up private lobbies with specifically invited players and a brand new map called the “Shinra Building”. For a further look into the additions coming with the new season, watch the trailer below: 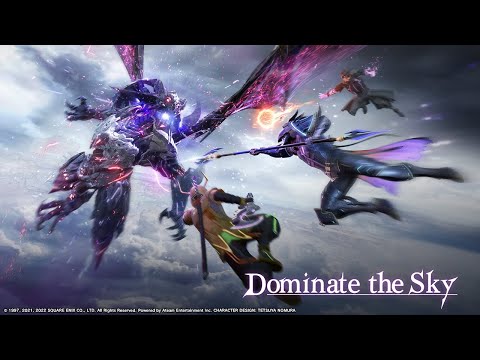 Square Enix is also planning to host a livestream later today at 6:00 PST focusing on the 25th anniversary of Final Fantasy VII alongside updates coming to Final Fantasy VII: The First Soldier. While most of this information is what will be covered within the livestream, the developers also teased new announcements during this stream as well.

Final Fantasy VII: The First Soldier is free-to-play on the App Store as well as Google Play, and includes optional purchases for cosmetic outfits on a daily rotating store.

Enjoy battle royales? Check out our list of the best 15 available for Android
Next Up :
NOISZ STARLIVHT is an upcoming rhythm game-slash-bullet hell title that's now open for pre-registration