Square Enix will release Final Fantasy IV on iOS on December 20th, on Android in 2013

You should probably start saving your money right now, for Square Enix has announced that Final Fantasy IV is to hit iOS on December 20th, and Android in early 2013.

The Japanese developer actually confirmed the game's existence in the iTunes descriptions of a few Final Fantasy iOS games.

In the App Store blurb for Final Fantasy, for example, Squeenix states: "Take advantage of a limited-time sale celebrating the coming release of Final Fantasy IV!"

The game was also added to Square Enix's downloadable games page, and then outed on Japanese website Gamer. 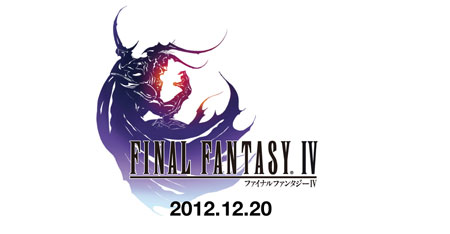 It will be based on the cutesy 3D remake for DS, and feature touchscreen-friendly controls and an easier difficulty setting for RPG newcomers.

If you've never played Final Fantasy IV before, you step into the shoes of Cecil, a dark knight (no, not that Dark Knight) who's trying to prevent the villainous sorcerer Golbez from going all Dr Robotnik and using a bunch of powerful crystals to destroy the world.

This highly regarded Final Fantasy instalment was know for its ever-changing party of allies, an inventive Active Time Battle system, and heroes with unique, unchangeable classes.

We called it "a shining example of what makes the series great" when we reviewed the DS version in 2008. 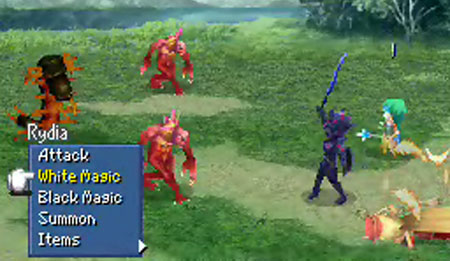 Oh, and about that "limited-time sale" we mentioned earlier? Square Enix has slashed the price on the following Final Fantasy games for iOS.

Guess the price for Final Fantasy IV, which hits iPhone and iPad at midnight