Square Enix and GREE have announced that Final Fantasy Artniks Dive will be coming to Japan for iOS and Android this summer.

Unlike the original Final Fantasy Artniks, it seems that Artniks Dive will not be as much of a collectible card game (it still has cards).

Instead, it looks and plays like a classic Final Fantasy game from the 1980s and early 1990s. This means you'll have the usual classes to pick from for your character for starters.

You'll also explore large world maps, fight enemies in turn-based combat, and wander through dungeons. Apparently, over 100 different monsters can be summoned into battle, too. 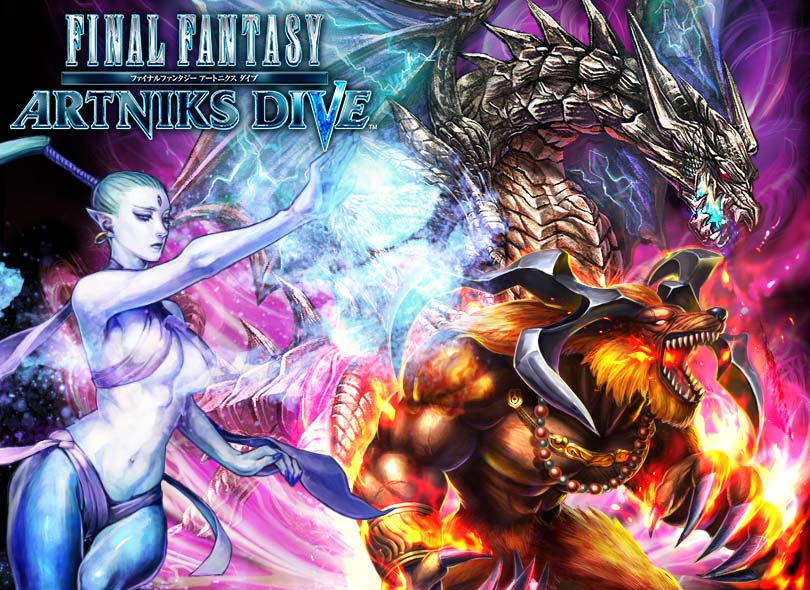 The main difference between Artniks Dive and classic Final Fantasy is, of course, that it'll be free-to-play and have social game elements.

Hence, you'll be able to craft weapons from materials you collect. The collectible cards allow you to strengthen command sets for characters.

Those who pre-register on the GREE site and invite a friend receive a Talisman accessory and the Ice Brand, which is a sword. Those who collect eight gatcha tokens in a day might be rewarded rarer items like a Chocobo.

NeoGAF
Next Up :
Boxing Star celebrates 4th birthday with a ton of free handouts as well as some new content