Fantasy RPG Final Blade is epic in every sense, from its sprawling environments to its dazzling visuals. There’s plenty for role-playing fans to sink their teeth into, but where games with such scope are concerned, a few pointers to help you get started never go amiss, especially if you’re an RPG noob.
Read on to find out how to ensure your epic role-playing journey gets off to the smoothest start, and take in some words of wisdom on character customisation, clan training and more. 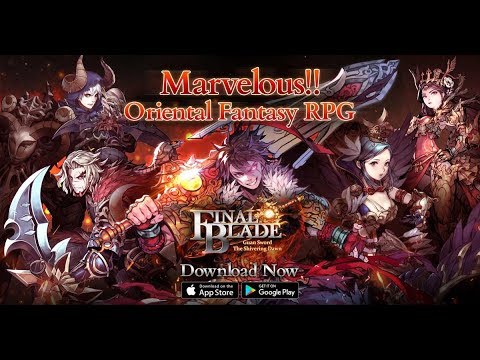 Your first stop in Final Blade is to assemble a party of heroes capable of holding their own in dungeon raids and battles with colossal bosses. You should think carefully about character classes as the combination you choose should be tailored to your preferred play style.

To help give you a few pointers on the recruitment process, here’s a quick rundown of each character type and their attributes: Warriors provide a strong frontline and a solid defence for your party, while Assassins offer great mobility and can deal out lots of damage.

Meanwhile, Mages can wield spells which cover a wide area with debuffs, while Marksman is the class of choice for ranged attacks with unique buffs. Finally, Monks can support the rest of the team by providing healing and buffs, which can be just as important as offensive capabilities. 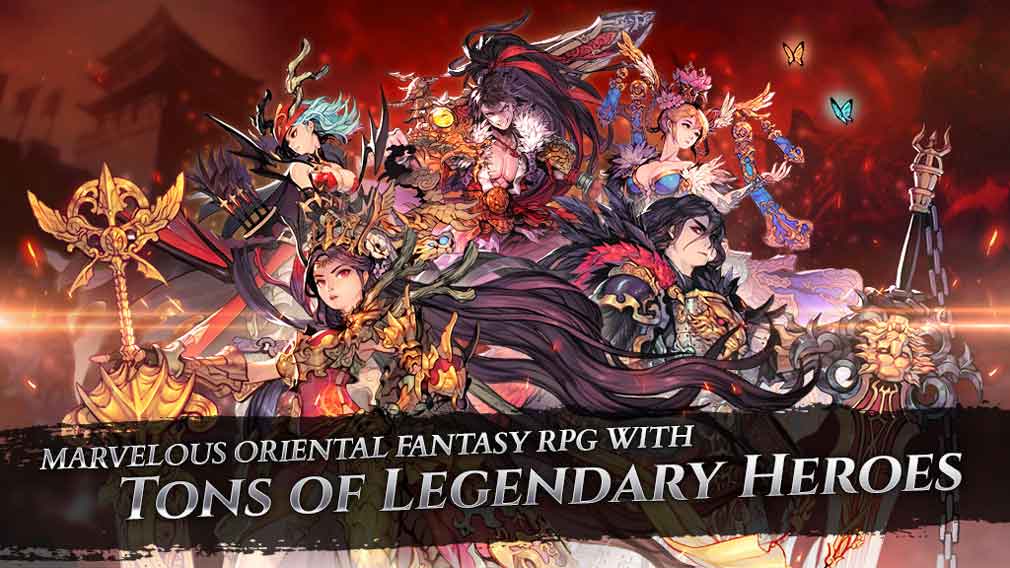 2
What to do after the tutorial

After you’ve put your team together, the game will walk you through the basics of combat and the other mechanics during the tutorial, but where do you go from here?

Well, you should stock up on Sapphire by accessing the guide menu and summon at least one more hero so your party has five members. Don’t forget to set them out in a formation.

Next, set yourself the initial goal of completing the final stage of the first Chapter as this will reward you with ten Summons and give you a solid foundation to level up and advance from, putting your party in good stead to tackle Hero's Trail, Missions, Events and the story-driven Adventure Mode. 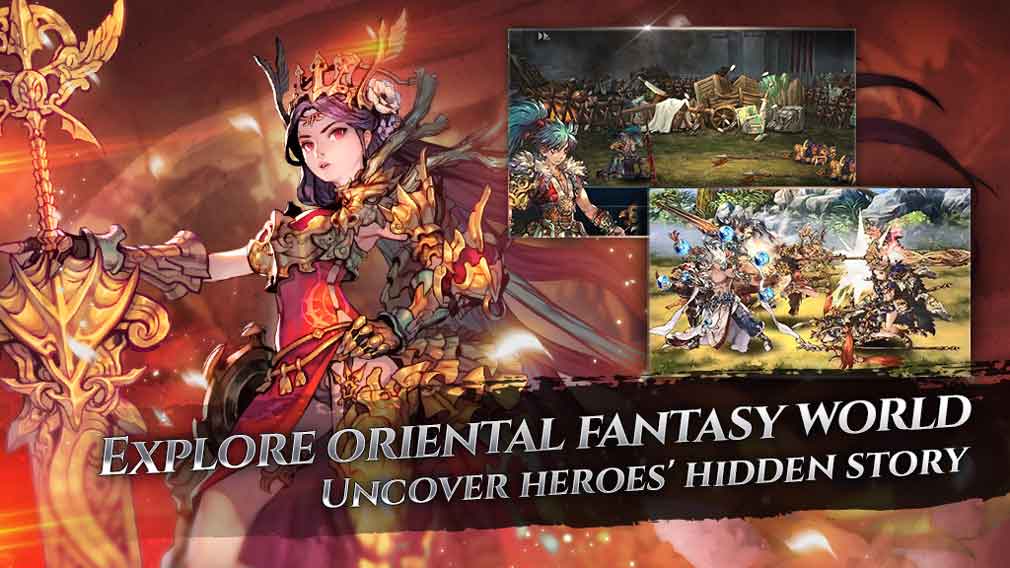 3
Take full advantage of the Enhance and Combine feature

The Enhance and Combine feature is one of several mechanics that really sets Final Blade apart from your average mobile RPG, and taking full advantage of it can fast-track your progression.

Before a member of your party can level up, they need to ‘consume’ other heroes. Heroes with a higher rarity rating will give them a greater enhancement rate, and you should aim to max out two units to begin with, as the Combine mechanic comes into play after this.

Combining heroes will propel them to a higher rarity and convert them to a different class (determined at random). For example, your Warrior might end up becoming a Monk after you’ve used this feature. Don’t like the outcome of this? You can use Sapphire to reroll the result. 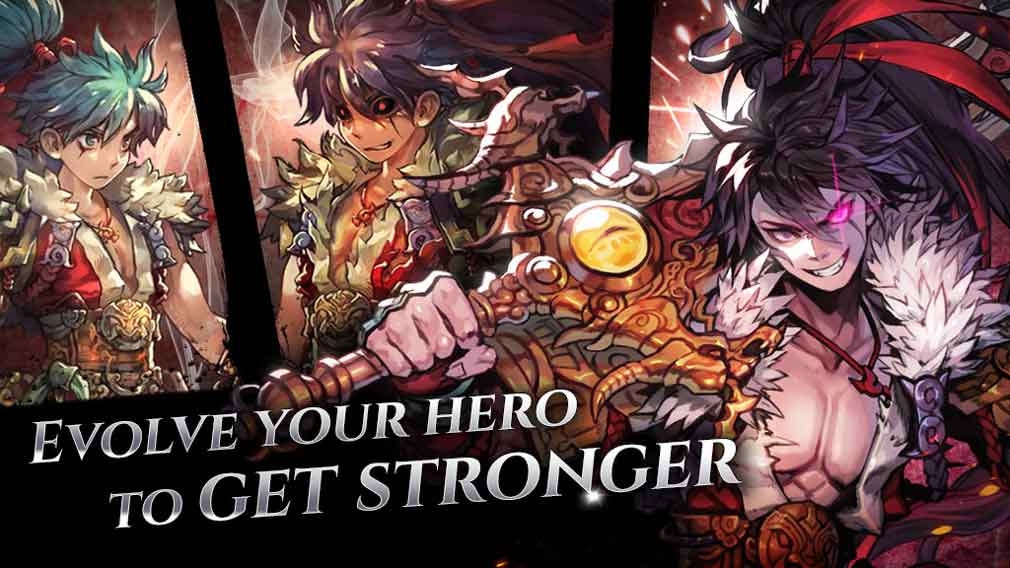 4
Join a Clan as soon as possible

Another way to fast-track your progression in Final Blade is to join up with a Clan as soon as possible. You can use the Clan Training feature to really rake in those EXP points!

There are many other benefits to signing up with a Clan, and you’ll really get the most out of the game if you team up with other players. In Clan Raids mode, you can expand your team to nine members, and you’ll need every one of them to take down some of the bosses you’ll be up against.

Clan War mode sees two tribes go head to head in an epic battle for the Clan’s Seal, and you’ll even get the chance to purchase exclusive items from the Clan Shop. 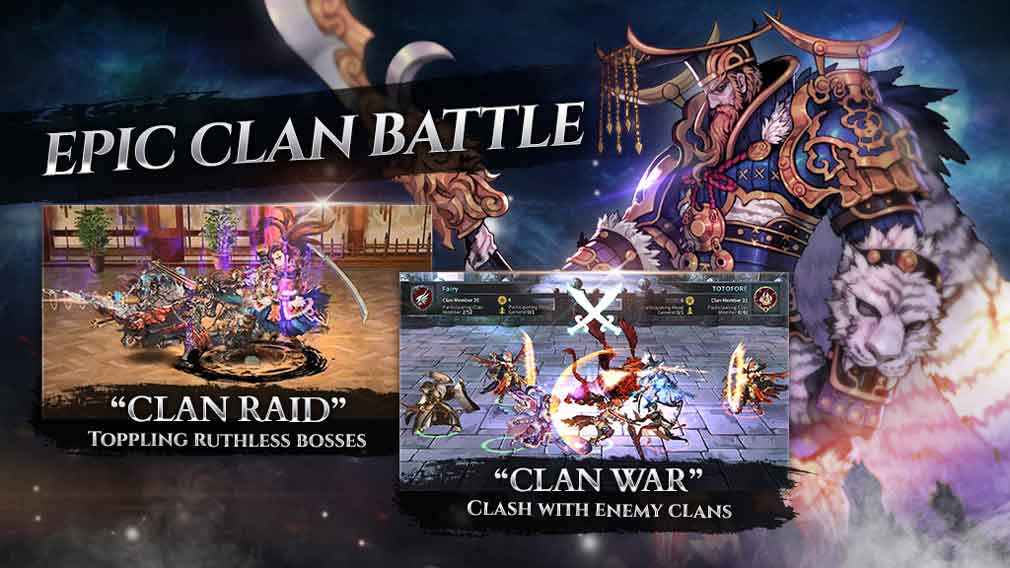 Harvesting resources such as gold, Sapphires and gear is the key to advancement in Final Blade, and the best place to find these treasures by the barrelful is the Endless Tower. The goal is to reach the summit of the tower, and your journey there will be paved with these spoils.

Be warned, though, only the toughest heroes are capable of reaching Endless Tower’s peak, so make sure you’ve levelled appropriately up before taking this challenge. Send in your top units and kit them out with the best gear to give them a fighting chance of pulling off this testing feat.

Released in collaboration with Glohow, a service provider that helps market and localise games from Asia in the western market, Final Blade is available from Google Play and the App Store. 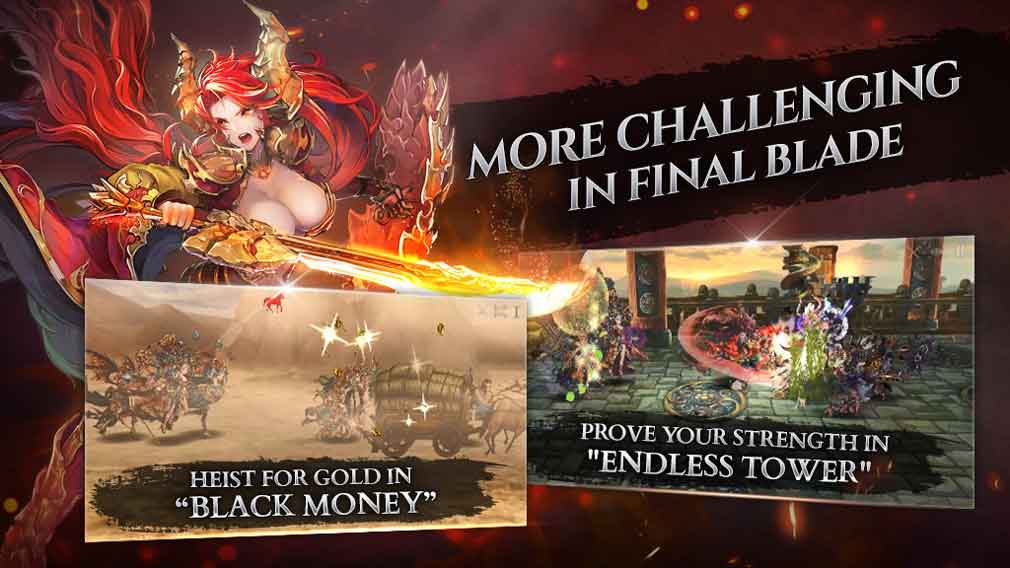 0/5
Next Up :
Out of Hands preview - "A creatively unnerving hands-on experience"