It's important to get that disclaimer out of the way. It tells you that this isn't the review of an uber FIFA fan who was burned by last year's lacklustre FIFA 18 Switch port.

All I'm really after is a fluid, rewarding, fully-featured football game to play on the go. On that front, FIFA 19 is a success - albeit a qualified one.

This is a slick and thoroughly modern footballing package, offering a reasonable approximation of the beautiful game with all the right players and tricks and many of the right features.

That marks a certain amount of progress from FIFA 18 on the Switch, at least

But it's also a somewhat soulless, stiff and half-baked take on the game. Football purists and knowledgable FIFA fans might not necessarily take it to their hearts. 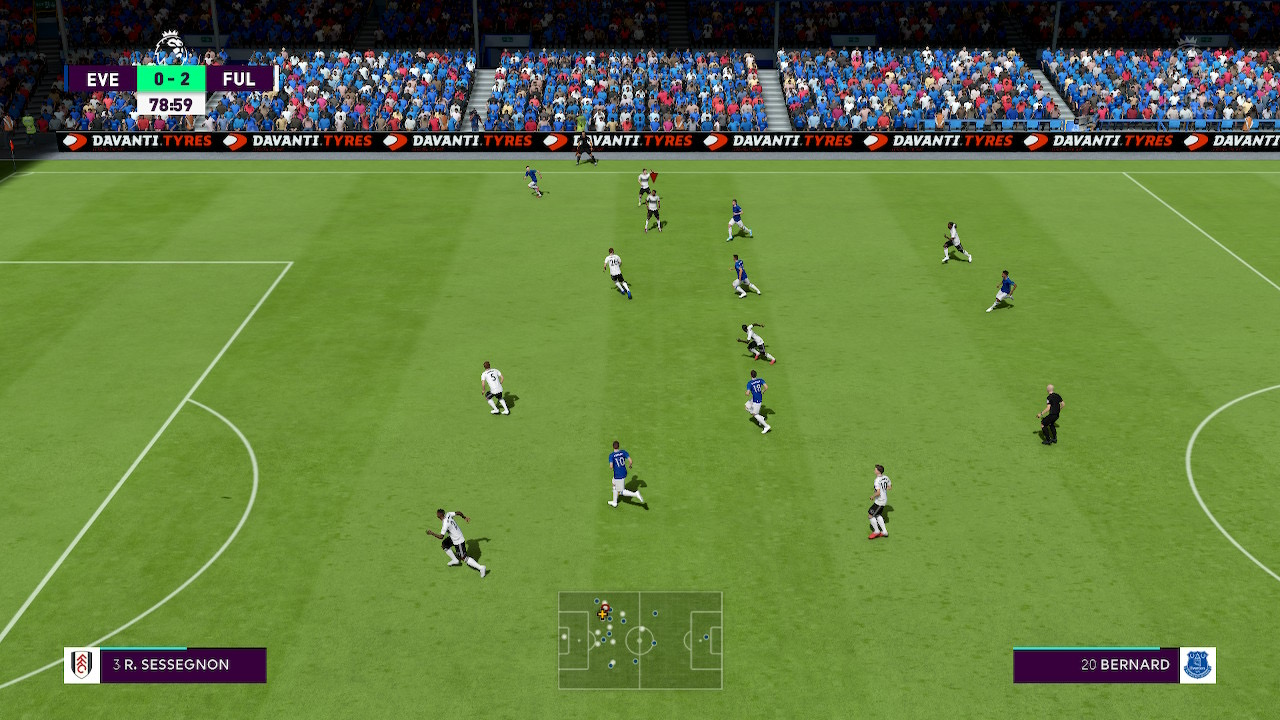 Let's get the due diligence out of the way for FIFA fanatics. No, there's still no sign of The Journey mode from other platforms.

If you view football as some kind of Hollywood production, and wish to experience the 'gripping' story of a wannabe football star, well, you won't find what your looking for here.

While we're talking about modes I personally couldn't care less about, FIFA Ultimate Team does make the cut for another year. So if you're a fan of spending real money on random card drops in some kind of bizarre alternate reality where FIFA has been taken over by Panini, you can knock yourself out here.

It's not the full fat (or rather full FUT) experience you get on PS4 and Xbox One, though. There's still no Squad Battles or Division Rivals, for example. It seems Switch players are getting a second-tier product yet again.

One meaningful addition is the Champions League license, which means you can play through the current premier European campaign with the official UI and scheduling and music in place.

It's a nice option to have, but it's not as big a deal as EA would have you believe. I doubt it'll be the core mode played by most people, as it's essentially just another cup competition - albeit a heavily gilded one. 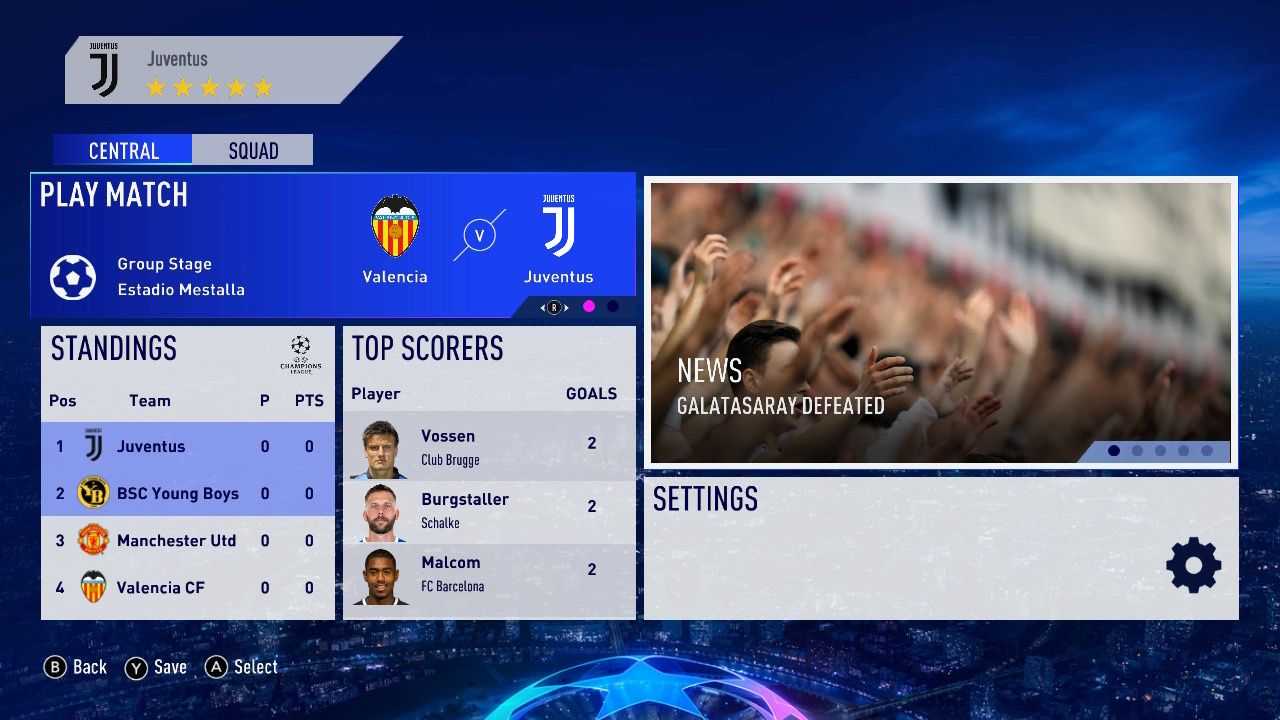 For solo non-FUT players like me, the basic career mode will form the meat of the FIFA 19 experience. It certainly sated this old fan of Pro Evo's Master League mode, although the limited scouting and player search systems make it frustratingly tough to identify and locate players according to ability.

FIFA 19 is a great multiplayer experience, whether you're playing with the new local House Rules options or taking things online. On that last front, you can now find and play against your friends.

That really shouldn't be such a big deal, should it?

What really matters with FIFA 19 on Switch is how it plays on the pitch. The answer (to this PES fan at least) is just okay.

Everything moves at a slick frame rate, and the controls are reasonably responsive. I found the Pro Controller far better and more precise to play with than the stubby Joy-Cons, though.

That's true of pretty much any game that asks for analogue nuance, of course. But the fact remains it's noticeably trickier to play well on the go here than it is in front of your TV with an optional and expensive controller. 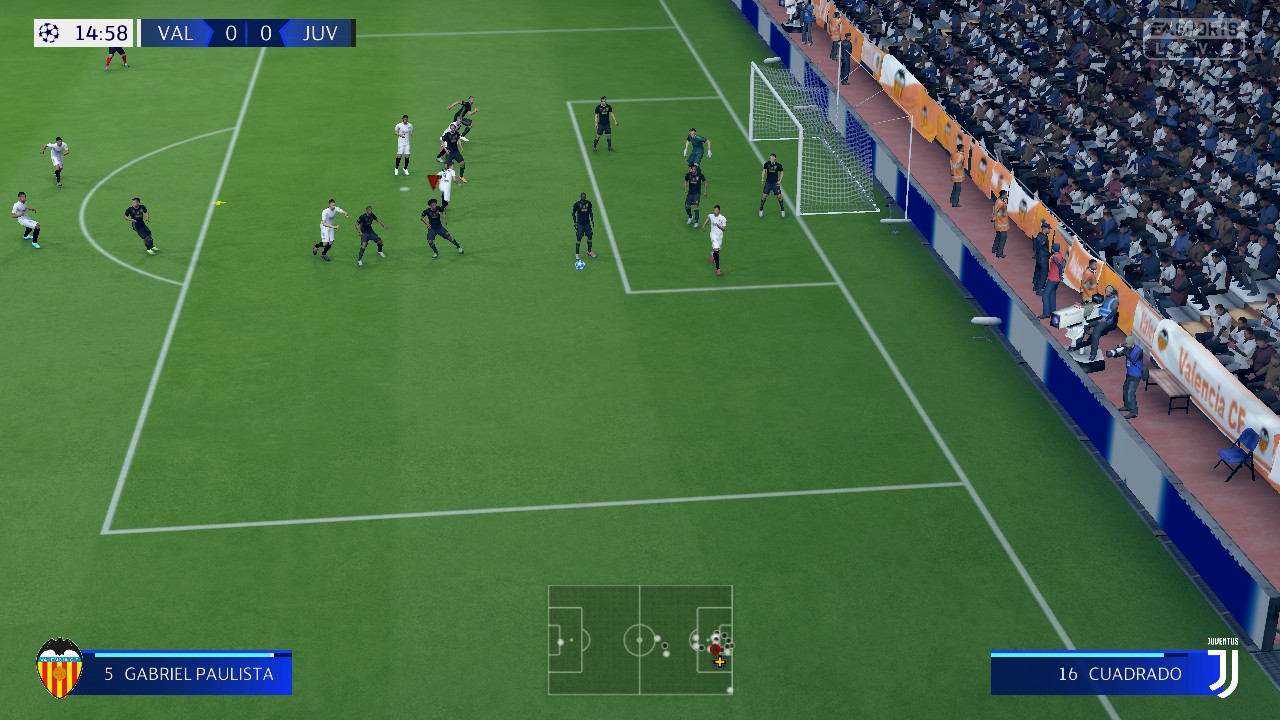 The football itself ostensibly offers a free-flowing game, but it seems a little one-dimensional. FIFA 19 on Switch is clearly in love with the modern trend for passing out from the back, to the point where it's actually far more difficult to play a more direct, pacey brand of football.

Or anything outside of a methodical 'pass until you get it to a tricky dribbler in space' approach, for that matter.

I found the lofted through ball to be practically neutered here. It's a slow, looping thing that gives defenders ample opportunity to get back and in position to head clear. Crosses, too, seemed to be a curiously haphazard affair.

There are other additions, like a two-tap shooting mechanic that lets you put extra venom on your shot, and some new shooting animations and AI improvements. But the core action just feels a little stiff.

Perhaps that's down to the fact that FIFA 19 operates on older tech than the other platforms. It's had shiny new bits bolted on, but its underpinnings are fundamentally out of date, rather like Jose Mourinho's current Man Utd team.

Despite all this, there's no denying that FIFA 19 is the best football game on Switch by a long stretch. But it's a big fish in an incredibly small pond, like PSG in Ligue 1. Of course it's the best. There isn't any credible opposition.

FIFA 19 is a slick and very well presented football game, with all the flashy UI elements and team licenses you could want. The addition of numerous modes and quality-of-life enhancements mark definite progress over last year's Switch version.

But it still feels like it's not quite putting in the effort necessary to maximise its undoubted potential.

FIFA 19 on Switch is a sharper, fuller package than FIFA 18. While it's a slick and playable effort, however, it feels like a job only half done, while the football itself feels a little stiff and one-dimensional.
Next Up :
REDMAGIC 8 Pro review - "A beast in performance, but not without growing pains"