I think it's fair to say that expectations for FIFA 18 on Switch were low - deservedly so, after the weak FIFA 13 offering EA shoved on Wii U.

It lacked a bunch of vital features, most criminally of which was Ultimate Team - only the single most important mode for most fans of FIFA.

But here we are in 2017, with the first FIFA on a Nintendo platform in five years - and a brand new system at that.

So has EA learned any lessons in the last half decade? And how does FIFA 18 on the Switch compare to the other platforms?

So what have we got here?

This is undoubtedly the closest EA has come to releasing a fully fledged FIFA on a Nintendo system. Ultimate Team is present, as is Seasons and Career Mode. A few of the recent additions like women's football and team of the week have also made it.

On the pitch, it also feels more like FIFA than ever before. In fact, it's not a far cry away from what you'll play on the other platforms.

It wasn't built in the Frostbite engine though, so it is noticeably less polished visually. You have to go all the way back to FIFA 14 on PS4 for a comparable experience.

But it runs like a dream. Whether docked or undocked it's always delivered in 60 frames, so you're getting a super smooth experience. I didn't notice any long loading times at any point either, which is another plus in its favour. 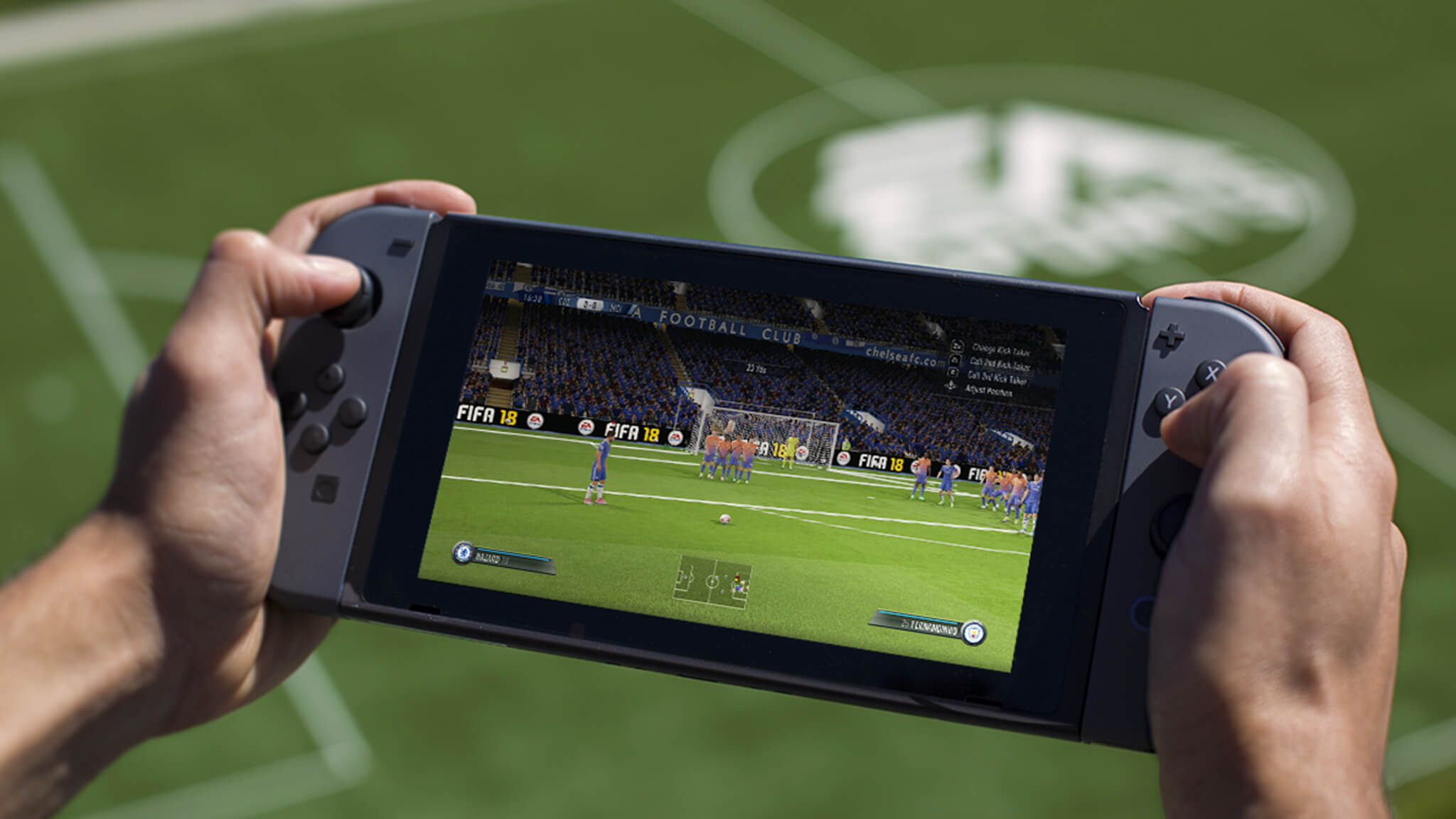 As you can expect, you can play multiplayer locally on a single Switch with a friend. This does reduce the complexity of the experience though, as you're effectively halving the control options at your disposal. Still, we'd complain if you couldn't do it.

The Journey - FIFA's story mode - doesn't make an appearance, but that's down to the missing Frostbite engine and that's fine. I don't know about you, but I couldn't stomach watching a bunch of cutscenes with those wooden and dead-eyed footballers staring back at me.

More criminally, you can't play with your friends online. The Switch is at its best when it comes to local multiplayer, sure, but it's still a massive shame that you can't have a quick kick about with your mate in another city or country.

Those are the major two omissions, but it's also worth mentioning that there has been a bunch of paring back across the board. You can't set individual tactics per player, or your team's mentality outside of a match like in typical FIFA.

Also, some of the more recent online trimmings like Squad Battles and Weekend League are missing, and career mode is a lesser version than its console counterparts. You can't negotiate transfer or use release clauses.

So should I get it then?

As we stated earlier, this is by far the most competent effort EA has made with a handheld FIFA to date. It's very close to the version seen on other platforms, and plays similarly too.

That being said, it is missing a bunch of features and, as a result, is a lesser product. There's no escaping that. You can't play online with friends, which is astounding, and you won't be able to play Squad Battles or Weekend League.

Basically, if you own a Switch and want a version of FIFA to take on the go with you, this will suffice and then some. If you're a FIFA diehard and own a PS4 or Xbox One, you'll likely be disappointed by the pared back offering here.

FIFA 18 on Nintendo Switch is the most competent handheld offering of the sport to date, though there's no escaping the fact it's a lesser product than its PS4 and Xbox One counterparts
Next Up :
Star Discord review - "Needs polish, but it's shaping up to be a true RTS on the go"