To start the weekend right, FIFA 18 has kicked off on the Switch. While that may set a bunch of people up for some intense footy matches, it looks like there's one major issue in particular with the game. 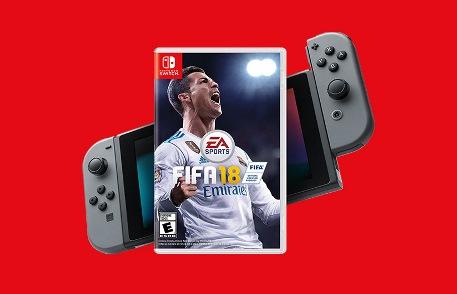 As reported by Eurogamer, and touched on by Reddit-users, while FIFA 18 does have online play you can't match with your friends. The online experience on the Switch has been a little lacking, even in such cooperative games as Splatoon 2 and Mario Kart 8 (which still experiences awful connection issues), and I don't think playing with strangers is going to cut it in this case.

After all, a wide variety of gamers, myself included, play most of their multiplayers online with friends in different areas. It's one of the most magical and brilliant aspects of online gaming. Take that away, from FIFA especially, and you're left with a rather hollow and lonely experience when your friends can't just pop 'round for a cuppa and a game.

What do our FIFA fans out there think? Is a lack on online match-making enough to deter you from picking the game up, or are you not too bothered? Let us know in the comments below.