Tower defence games are a difficult lot to tinker with: you start with a tower and you, um, defend it.

Fieldrunners 2 found a novel way to innovate upon traditional tower defence gameplay by giving you control over the path that enemies would take as they stormed toward your base.

By setting up lines of turrets to form corridors, you were encouraged to make enemy troopers trek to your tower along paths both torturous and twisty.

It was all good fun on iOS, and it even picked up a Pocket Gamer Silver Award for its efforts. Now, it's available on Google Play for Android-owning tower defence fans.

At the core of Fieldrunners 2 is a 20+ hour campaign that will test your ability to defend a tower by throwing tricky terrain like bridges and tunnels into the mix.

Despite the serious nature of the threat the enemy soldiers pose to your base, Fieldrunners 2 never takes itself too seriously and allows you to spice up your defences with guns that turn enemies into barnyard animals or ones that hurl beehives into the oncoming onslaught. 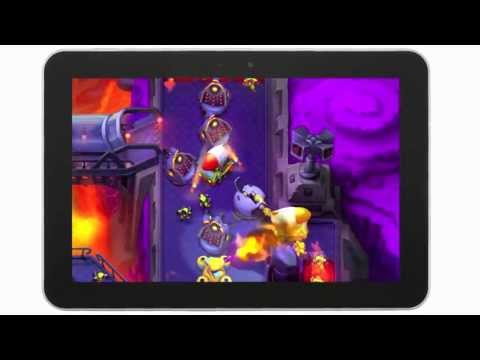 Subscribe to Pocket Gamer on
Next Up :
Another Eden welcomes a new character and holds special contests throughout its third anniversary