Register your interest below

Subatomic Studios has told us that its Silver Award-winning tower defence title Fieldrunners 2 should be available to download on Android devices next month.

Well, providing no major problems or issues are discovered during the game's closed beta period, that is.

To ensure that Fieldrunners 2 works on as many 'droid devices as possible, Subatomic Studios is looking to recruit as many beta testers as it possibly can.

If you're interested in helping out, head on over to the developer's website and leave your details (such as the devices you own and what version of Android they're running). 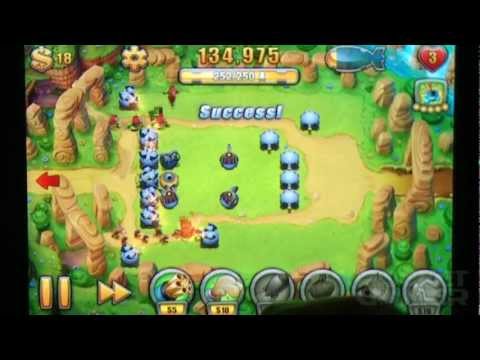 At review, we called the iOS version of Fieldrunners 2 "another top-notch tower defence game".

We commented that the "wonky difficulty" and some "overlong battles" dampen the game's fun slightly, but concluded that it's "well presented and full of content".

By the way, Subatomic Studios is yet to decide - or reveal, at least - how much it will charge for the Android version of Fieldrunners 2.

We'll let you know more as and when.