The Rumour Mine: Angry Birds Christmas, Onimusha for iPhone, and EA to let Chillingo be

Chillingo may be a part of EA now, but that doesn't necessarily mean the company will stop publishing great casual iPhone hits.

While developer Rovio Mobile is likely to release Angry Birds Christmas (and potentially a true sequel some time in 2011), you can be sure that Chillingo will continue to publish hits.

Truth be told, there won't be a shortage of great games in the years to come.

Amid all the chatter about how much EA is paying for publishing house Chillingo, any discussion of how the two companies will work together has been lost. Sources close to the merger indicate that EA is likely to leave Chillingo largely to its own devices.

EA hopes that by letting Chillingo be, the company will continue to court indie developers with potential hit games. While Angry Birds developer Rovio Mobile seems nonplussed about the merger, it's unclear how other indie developers view the arrangement.

Every merger begins with a period of relative autonomy for the company being bought, though it seems reasonable that EA would allow Chillingo some wiggle room because its independence has been a significant factor in its success. Only time will tell. 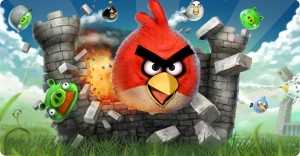 45 new levels are planned, each packed with santa hat-wearing, reindeer antler-equipped porkers begging to be hit.

Rumour has it that Rovio has been looking for a way to charge for new levels without upsetting fans, who've grown accustomed to regularly receiving levels in free updates. Angry Birds Halloween looks like it will be successfully doing just that, and Angry Birds Christmas will be an extension of that approach.

Whether this holiday strategy will work for Easter, St. Patrick's Day, and others is iffy, but for two of the most recognisable holidays in the western world it would seem like a winning formula. 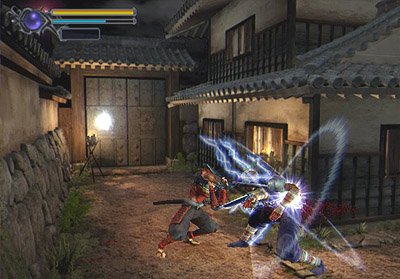 An emblem of the PlayStation 2 era, Capcom's hack 'n' slash Onimusha series hasn't been seen for four years. That could change if rumours of a new iPhone and iPod touch iteration of the Japanese demon-hunting franchise prove true.

If Samurai II: Vengeance is any indication, a fast-paced Japanese-style action game is not only possible but desirable.

Controls would likely be the biggest hurdle for an iPhone and iPod touch iteration of Onimusha, much as it was an issue in the console trilogy. Taking from the Samurai II playbook with virtual controls triumphing over a gesture-based scheme is a start.

A new story would be nice, but there's the possibility of rehashing the first game with new levels and scenarios. The key will be in the action, which Capcom can nail if the controls are right.

It's clear the publisher knows how to deliver slick graphics - look at Street Fighter IV - so let's hope that if Onimusha is revived the gameplay is of comparable quality.