The Ashes to The Ashes: The best and the worst portable cricket games

What to play and what to avoid during The Ashes

The last few months have been hard for fans of British sport. First, Premiership representatives Manchester United were soundly beaten in the Champion’s League final. Then, the hitherto imperious F1 driver Jenson Button slipped up at - of all places - the British Grand Prix. Finally, Andy Murray was knocked out in a Wimbledon Semi-final he was hotly tipped to win.

Fortunately The Ashes is upon us, and with it a final chance to give British sports fans something to cheer about. Well, English fans anyway. I don’t think you Celtic sorts care much for silly wickets and spin bowlers, do you?

Either way, we thought now would be a good time to take a look back and examine some of the cricket titles we’ve covered on the site.

We’ve highlighted a couple of the best cricket games available to the pocket gamer (Hit for six), as well as a few to avoid (Out for a duck) - all of which can be played on your humble mobile. It seems to be the platform of choice for the out-and-about cricket fan.

We’ve also thrown a couple of left-field choice your way (Tricky Spinner) - awkward games that won’t appeal to the everyone, but that may just find a way into your particular affections. There’s even a PSP title in there.

As always, do share your thoughts on the subject. Have we seen enough cricket titles on the portable formats? Has anyone played an iPhone cricket game worth its salt? Speak up - keeping quiet just wouldn’t be cricket.

The best and the worst portable cricket games 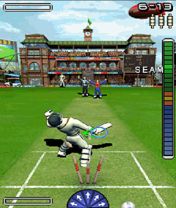 Take two cricket games into the shower? No need with Sky Sports 2-for-1 Cricket Pack 2009 on mobile. All advertising-speak out of the way, though, I-play’s recent offering really is the best thing a mobile cricket fan can have on his person going into The Ashes.

It features two of the better examples of the digital cricket arts - Michael Vaughan's Pro Cricket '08 and Flintoff's Power Play Cricket - and rolls them into a single high-value package.

But the true beauty here is in how the two games complement one another. Michael Vaughan’s is a more considered affair, offering all the shots and complexity of the sport. Flintoff’s on the other hand is more of an arcadey knock-about, paying less heed to realism in favour of accessibility and easy-going fun.

One thing’s for sure: Vaughan and Flintoff will see off those between-over lulls like they saw of the Aussies in 2005. 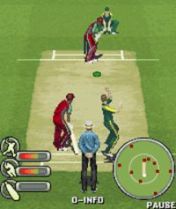 Brian Lara’s mobile effort succeeds by cutting out all the dead time inherent in the sport and presenting you with a veritable highlights package of a game. As such, it’s perfectly accessible to non-cricket fans and cricket fans in a rush alike.

Batting is as simple as positioning your player and selecting where in the field you want to hit the ball, while tasks such as running are handled as rhythmic button-tapping mini-games.

Brian Lara Cricket 2008 is a talented all-rounder that distils the sport to its purest elements. Truly cricket for the masses. 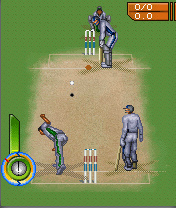 20-20 is test match cricket’s impatient younger brother, relying on pace and aggression to wow the ADD generation. It’s ironic, then, that the mobile game that represents the off-shoot sport is critically lacking in easy thrills.

Epitomised by an overly complicated batting system, Cricket 20-20 just doesn’t sit well with the instant-fun remit of the speedier format. Which is a shame, because the presentation is decent and the bowling system solid.

Ultimately, if you’re after some 20-20-like thrills, you’re better off selecting the likes of Freddy Flintoff’s Power Play Cricket from the Sky Sports 2-in-1 pack.

Perhaps we’re being a little harsh putting Kevin Pietersen Pro Cricket in this part of the list, but as you can see the competition on mobile is very strong indeed.

KPPC isn’t a bad game by any means, but it lacks the intuitive controls of its rivals. Even the choice between auto and manual hitting can’t shake the creeping sense that batting is a bit of a lottery, which is a big problem given its importance to the game.

Ultimately, Kevin Pietersen Pro Cricket just isn’t as fun as our favourite mobile cricket titles. However you like your cricket, there are better choices out there. 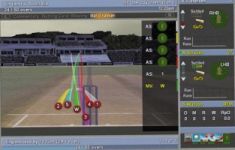 Now we’re onto the slightly left-field, specialised choices - the ones that may only appeal to a niche audience of cricket fanatics.

The game isn’t concerned with the playing side of cricket, asking you instead to stand back and make cool-headed strategic decisions, from the batting order to the type of bowling to opt of for. It also allows you manage things behind the scenes in its extensive career mode, determining player contracts, training schedules and even the type of pitch you play on.

It’s not for non or even casual cricket fans, with its dry spreadsheet style and reliance on esoteric stats, but ICC 3 will present aficionados with an unprecedented degree of choice and depth. 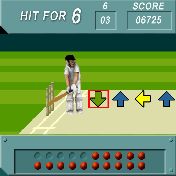 Back on mobile and at the other end of the spectrum to International Cricket Captain in every respect is this little oddity. Freddie Flintoff Blast ‘em Cricket has only a tenuous link to cricket, playing out as a button-matching, rhythm action mini-game. It just happens to feature the (approximate) likeness of our Freddie.

Viewed side-on, the game has you matching a series of button prompts with the appropriate timing before pressing the fire button to clobber an incoming ball. If you’ve done it properly, you’ll clobber the ball into the stratosphere in a pleasingly exaggerated animation.

The game was released the year England last won the ashes, so it’s not what you’d call a looker by today’s standards. But it has a sense of knock-about fun that’s sadly missing from many of the drier cricket games on the market. It wouldn’t be first on our 'to buy' list, but it’s certainly unique.