You may not have heard of them before, but that doesn’t mean they aren’t worth your while. Consider the App Stork the connoisseur's corner, the place where gamers not content to satisfy themselves merely with the latest high profile releases come to discover the gleaming underground classics.

We’ve got a nice mix of genres today, with racing, RPG and, well, Space Hockey doesn’t exactly lend itself to any genre readily, but it’s definitely not an RPG or a racing game. Remember to check below the top three titles to see what else has been bubbling up in our forum lately - you won’t be disappointed.

If you're a developer wondering how to get your game included in the App Stork, all you need to do is sign up to Pocket Gamer and then use your registered account to post about your game in the iPhone and iPod touch developer news section of the forum.

The more pictures, information and links to YouTube videos you provide, the more likely you are to have your game featured in the top three.

If you're a gamer that has given any of the titles in the App Stork a go, do take a minute to give the developers some feedback in the forum, they’ll appreciate it no end. So without further ado...

This little gem has more in common with action puzzle games like Flight Control and Kryzer Prologue than it does with racing, but don’t let that put you off. Surely destined to evolve into a genre in its own right (if it hasn’t already) Racer’s main mechanic sees you avoiding oncoming traffic at insanely high speeds by moving your vehicle from side to side.

It’s a looker, with gorgeous presentation and bright, bold cel-shaded graphics that communicate the action very clearly. It also has online scoring challenges and rumble (except on iPod touch of course) support, all for the insulting pittance of £0.59.

If you don’t buy this game, not only do you have no interest in games, but you're a bad person. Just kidding, but give it a shot - it’s worth it. 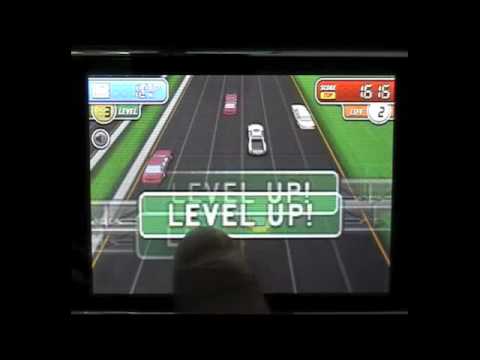 Subscribe to Pocket Gamer on
Dungeonslayer - Needsnacks Studios There’s nothing quite like lurking in a dungeon, just waiting to turn the first orc you see into something that looks like a doner kebab that’s been put through a wood chipper. There are few opportunities to do this on the iPhone, and delivering just such a fantasy RPG quest-'em-up, in full 3D no less, is Needsnack Studios with Dungeonslayer.

There are three character classes, 36 different skills, 400 unique items and 45 different collections of armour to track down. There are also dynamically generated dungeons and portals to move you between them, to keep movement as fluid as possible.

Of course, all of the leveling elements you would expect from an RPG are here, too, as well as a story about a young hero, an old wizard and an endangered town. Yours for just £2.39 - check it out. 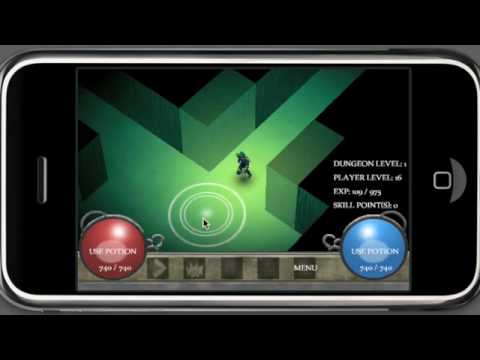 Subscribe to Pocket Gamer on
Space Hockey - Keith Sear As if ice hockey doesn’t require enough cumbersome equipment, Keith Sear’s latest game factors in the use of hulking great interstellar Volkswagens. It does so as elegantly as possible, however, and Space Hockey features a range of interesting power-ups and gameplay mechanics.

One such example is being able to teleport back to your own goal mouth at any time for defense, should your opponent get the jump on you.

There are touch and tilt control options to make use of, both of which appear to be more than equal to the task of handling the space hockey action. There’s an assortment of different backgrounds to play on, too, making this another bargain at just £0.59

More games from the forum